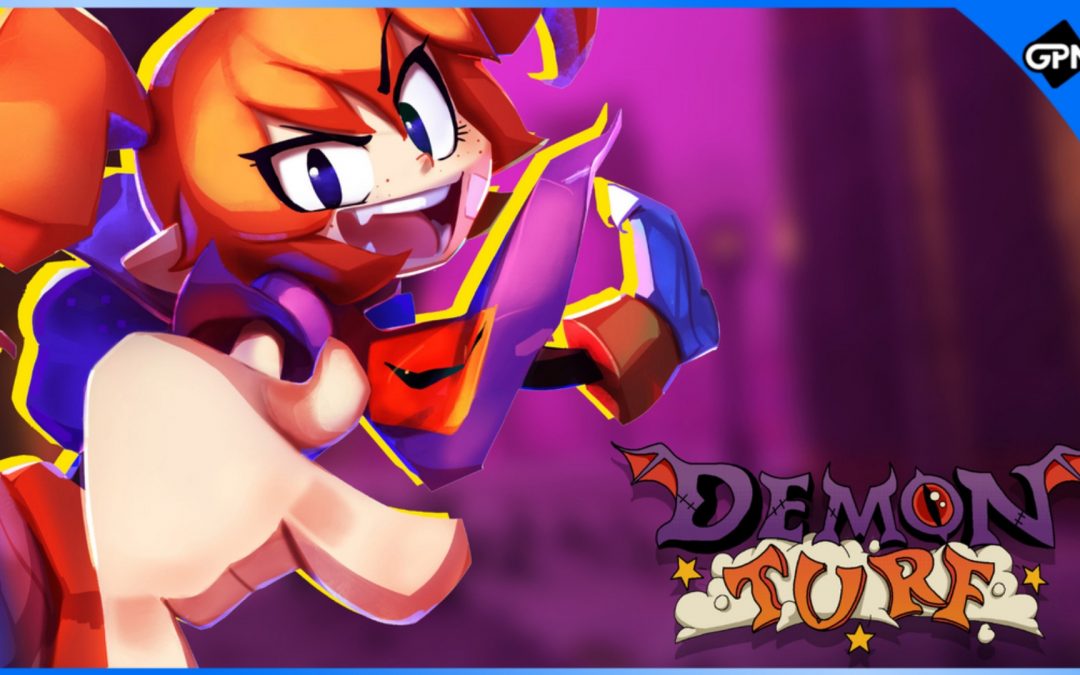 Demon Turf is a 2D/3D hybrid platformer from the minds of Fabraz and Playtonic Friends. The game will be releasing on November 4th, 2021 on PC, Nintendo Switch, PS4, PS5, Xbox One, and Xbox Series X|S.

Leading up to the release of the game players can partake in the Demon Turf Trials. The Trials are more than just a regular demo, instead of just providing a select portion of the game to try out, it will provide 3 unique challenges with leaderboards throughout the weeks until launch. Players in the Top 5 times (with video evidence) will win a Steam copy of the full game, as will the Top 3 for each of the first two Trials. The Demon Turf Trials go live today, and will last until November 4th.

As for the full game, it will be delivering some special features. These include self placed check points, that also allow you to fast travel between them on the off chance you missed some collectibles. Return Levels are also being added, in which you can return to previously beaten areas and see both mechanical and environmental changes since you were last there. The “combat” system also sounds distinctive. Rather than your Mario esque jumping on heads you’ll be defeating foes with physics by pushing, pulling, and spinning enemies out of your way as you speed through each level.

Content will also be a plenty. With a gallery of 50 blank frames in need of being filled, 25 arena based challenges, 10 Demon soccer golf courses, and of course collectibles that unlock special levels. Demon Turf sounds like a thrilling platform experience that fans of the genre may not want to miss out on.