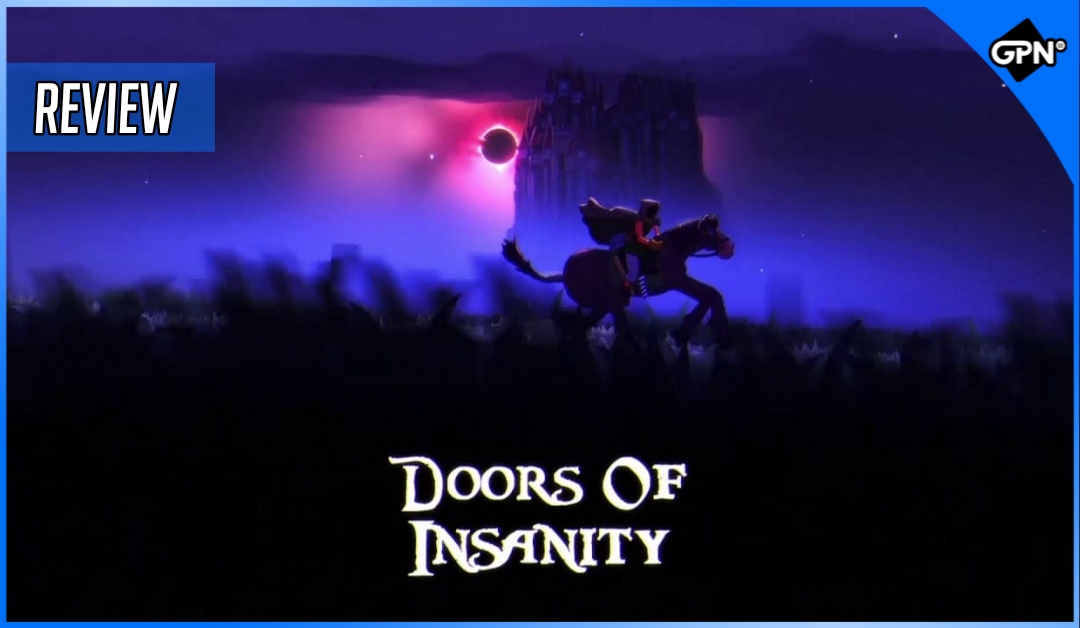 The year is 2022 and the roguelike genre has NEVER been bigger. What used to be a niche genre of video games less than a decade ago, has rapidly grown into one of the heaviest hitters in the industry, while simultaneously spawning dozens of subgenres. Due to the nature of roguelikes, where you’re attempting the same task repeatedly to improve your skills, stats, or other modifiers everytime you die/fail, it is uniquely situated compared to other genres. Allowing itself to be combined with essentially any other genre imaginable while still making sense and resembling the core genre. One of the largest of those subgenres is the deckbuilding roguelikes. From Slay the Spire to Inscryption, these games allow for strategic turn based combat centered around game mechanics similar to the golden days of Trading Card Games, like Pokémon.

Doors of Insanity is no different. A turnbased roguelike that combines deckbuilding with dice rolling as you adventure through a massive Dungeon that just might so happen to be Hell? The game was developed by the three person team of OneShark with the help of the hit indie publisher Neon Doctrine, known for games such as Yuppie Psycho, Lamentum, The Legend of Tianding, and more! 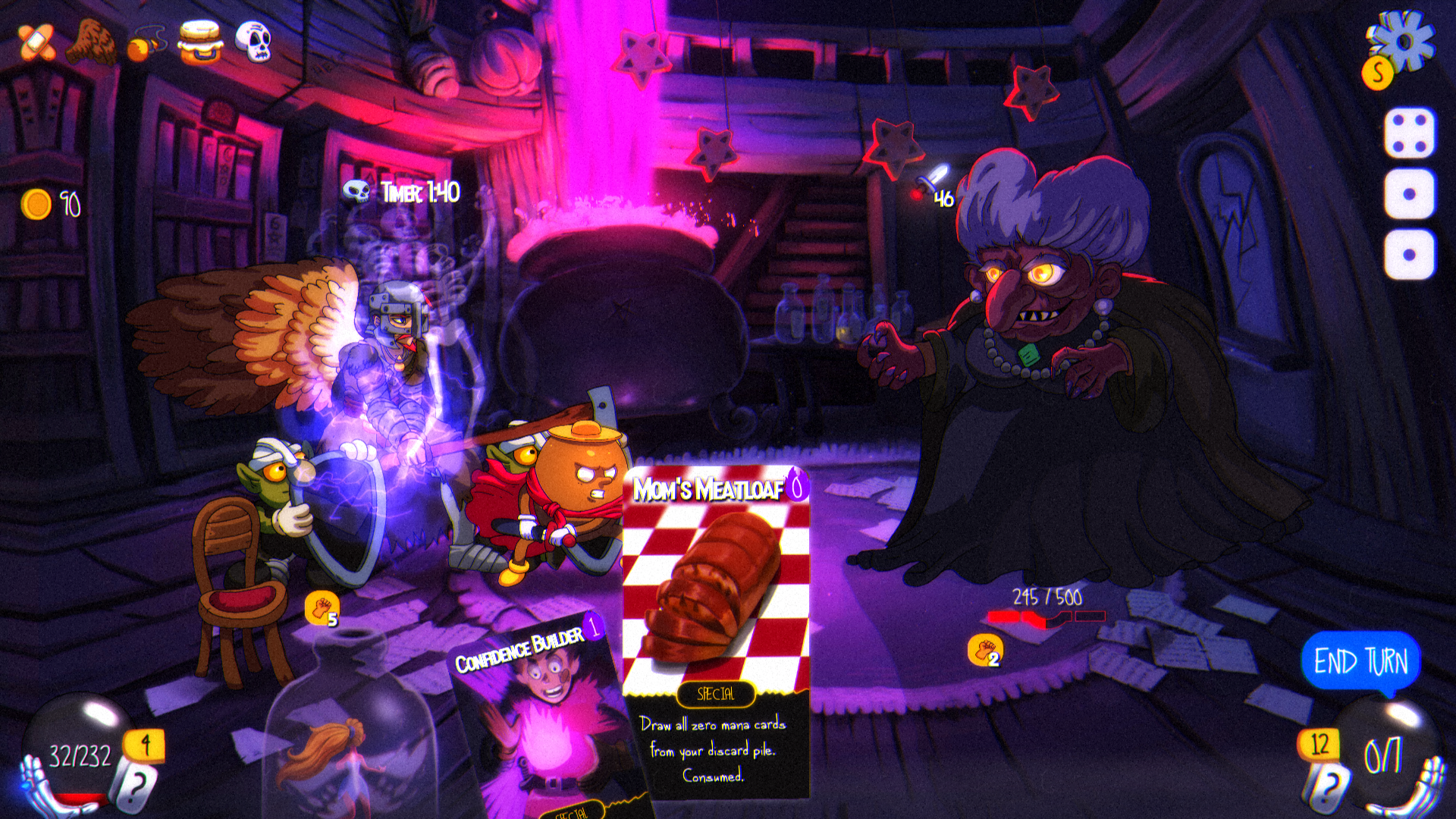 As is the case with many games in the roguelike genre, the story in Doors of Insanity has a rather simple premise. You are an unnamed adventurer who awakens and finds themself trapped in a mysterious dungeon. You find some interesting looking playing cards and a weapon and begin your journey through the hell that awaits. The writing that is there is humorous, albeit a bit on the nose at times. But all in all there’s enough there that is serviceable in keeping your attention between battles.

The primary draw of the game comes from the gameplay itself. If you’ve played Slay the Spire at all then you’d be perfectly accustomed to the combat right from the get go. You have attack cards, defense cards, and support cards. Each turn you can play as many cards as you want so long as their cost doesn’t exceed your base mana cost of 6. You’ll typically want to mix in both offensive and defensive strategies since you’re not guaranteed to be healed inbetween fights. Protecting your health pool will become a major factor in keeping you alive past the game’s many bosses.

Unlike Slay the Spire, Doors of Insanity utilizes a unique dice mechanic that functions in tandem with the deckbuilding. Each turn you receive a die that is rolled randomly, and you can either use them to bump up your attack total and/or defense total, or you can save them to be re-rolled for a higher number. There are three different base builds you can aspire towards in Doors of Insanity, and one of them is centered around the dice rolling. My favorite of the three however is the summoning class. It focuses on calling on the aid of many different beasts that you can encounted throughout the dungeon. These creatures can offer you extra attacks at no mana cost, allowing you to focus on defense if needed. Some of their cards also allow you to utilize your summons in different ways, like sacrificing them to restore some of your health, or deal significant damage to your foes.

Customization and loot are also some of Door of Insanity’s selling points. You can create your own unique hero and update their appearance as you unlock new faces throughout your journey. You can also find all kinds of armor throughout each of your runs that will not only boost your stats, but give you a nice look. Many of the weapons and armor serve as easter eggs for an assortment of different things, which wound up being one of my favorite parts of the game. Unfortunately, the weapons and armor you find are lost between each of your runs so you’ll always find yourself hunting down new looks. On the positive side, you do get to keep one card in your deck pool after each run. Allowing you to get a small advantage at the start of the game. 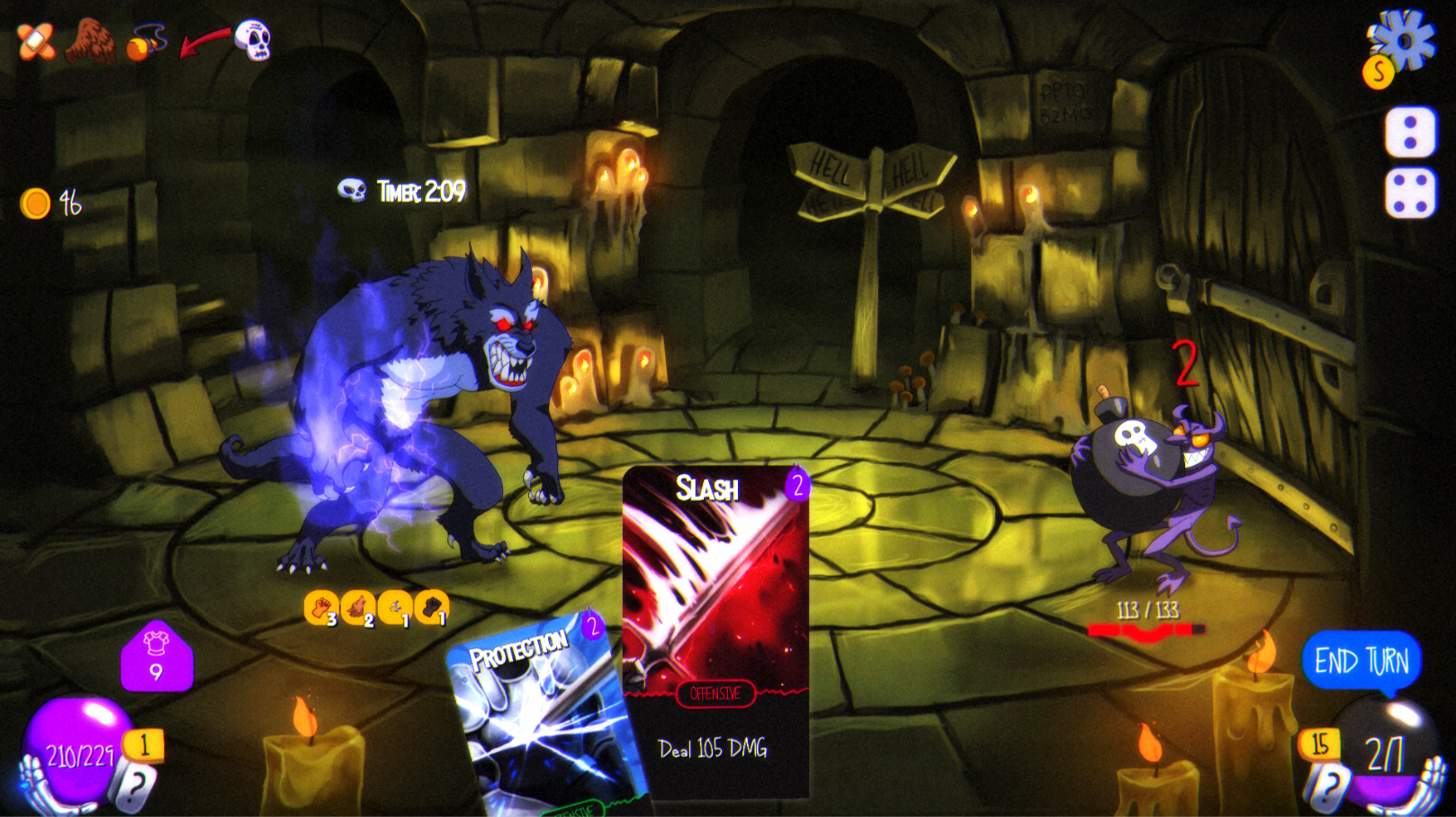 Overall, Doors of Insanity is very similar to your run of the mill deck building roguelike. It does just enough differently, while possessing its own individual charm that it’s worth diving into for fans of the genre who should be satisfied with both the challenge that is offered, and the depth of builds you can construct. As a rather massive TCG fan myself, Doors of Insanity is a game I can see myself sinking many extra hours into. It has a fun gameplay loop that I still feel as though I’ve only scratched the surface of, especially with the game also offering a PvP mode that I’ve yet to explore in depth.