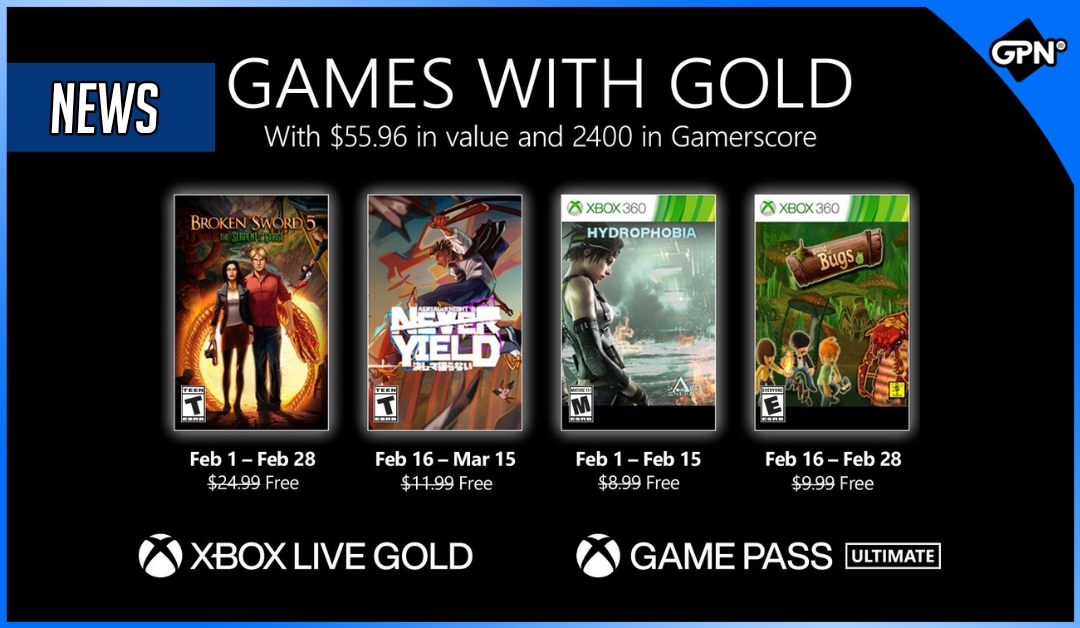 February is almost upon us which means Xbox has revealed the next slate of Games with Gold for Xbox Live Gold and Xbox Game Pass Ultimate subscribers.

The four games offer players around a $56 (USD) value for the month.

Broken Sword 5: The Serpent’s Curse is a thrilling point & click adventure title that will offer players some rather easy to obtain achievements.

Aerial_Knight’s Never Yield is a 3D runner that takes place in futuristic Detroit. It follows the story of Wally after he makes a discovery that could send ripples throughout the city.

Hydrophobia is a critically acclaimed survival adventure game taking place after the world floods. Aboard the Queen of the World, a city sized ship that offers a place of paradise among the broken world, a terrorist cell makes their move to overtake the vessel.

Band of Bugs is a turn-based tactics style game that offers you the opportunity to protect your bug Kingdom from invasion. Ontop of the standard campaign it also has a level editor, leaderboards, and other side features.

This announcement comes shortly after the CMA revealed that it had reached an agreement with Microsoft inregards to changes being made to the Xbox Live and Xbox Game Pass subscriptions.