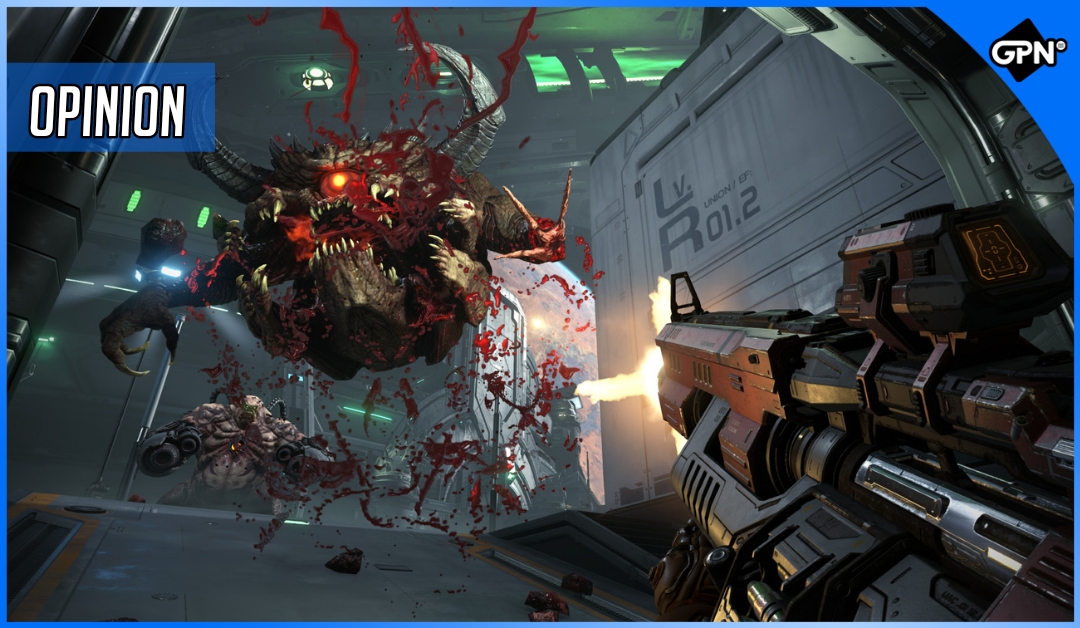 First Person Shooters are a dime a dozen, which can be both a good and a bad thing at times. Good, because it means that fans of the genre always have something new to sink their teeth into, but at the same time it leads many games to fly under the radar completely, preventing them from getting the time in the sun that they deserve. With a service like Xbox Game Pass, and Microsoft’s recent acquisition’s of Bethesda and Activision-Blizzard, the platform has really been bolstered as the home of FPS games. That doesn’t take into account the partnership between Xbox and EA that bundles the EA Play subscription service into Xbox Game Pass Ultimate, providing gamers with access to series such as Battlefield, Crysis, and Titanfall at no extra charge. The FPS playing field becomes rather crowded very quickly when all things are considered. So, what FPS games should you be checking out on Game Pass?

We’ll get the obvious choices out of the way first:

The listed games are massive in their importance to the genre. From Wolfenstein and Doom laying the groundwork for the genre to build upon, to Halo and Battlefield leading the charge in modernizing what it means to be a first person shooter, to Titanfall 2 just being bloody amazing. These series are bonafide must plays for fans of the genre, but as such many fans have already experienced most, if not all of these titles. So, what about some of the games that don’t receive as much fanfare nowadays? 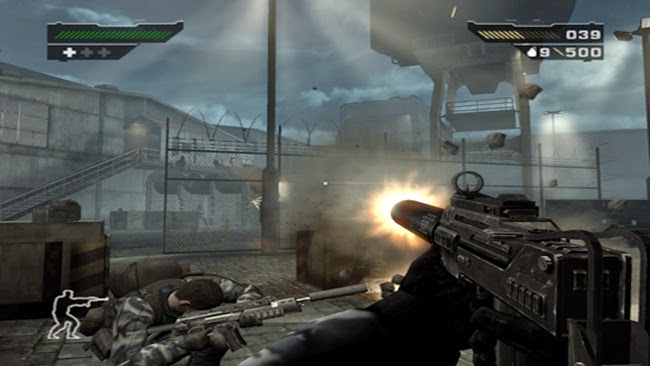 First we’ll flashback to the year 2006 when Criterion Games and EA released BLACK. It looks a bit like a standard military FPS of its time, but once you dig below the surface you begin to see what exactly it has in store for you. In the game you play as a CIA Black Ops operative named Jack Kellar. The story is told through his perspective as he is interrogated about the missions he went on involving a terrorist organization known as The Seventh Wave. While this story-telling method is quiet common nowadays with Call of Duty: Black Ops being one of the best examples of it, BLACK still managed to accomplish something that was unique for its time. Layering in plot-twists within the interrogation to throw both Kellar, and you off the real trail.

The gameplay also holds up quite nicely. A rather difficult game at times, but it has a superb method of level design that expands beyond the linear scope during many levels, and has assets that are environmentally destructive, giving you the satisfaction of blowing up walls to get to the enemies hiding behind them. Very impressive use of technology that was limited by the capabilities of the original Xbox and PlayStation 2. Unfortunately, it launched just months ahead of the Xbox 360 and PS3 releases which may have hindered its success. It never received a sequel, but the game makes it clear that it was meant to have one. 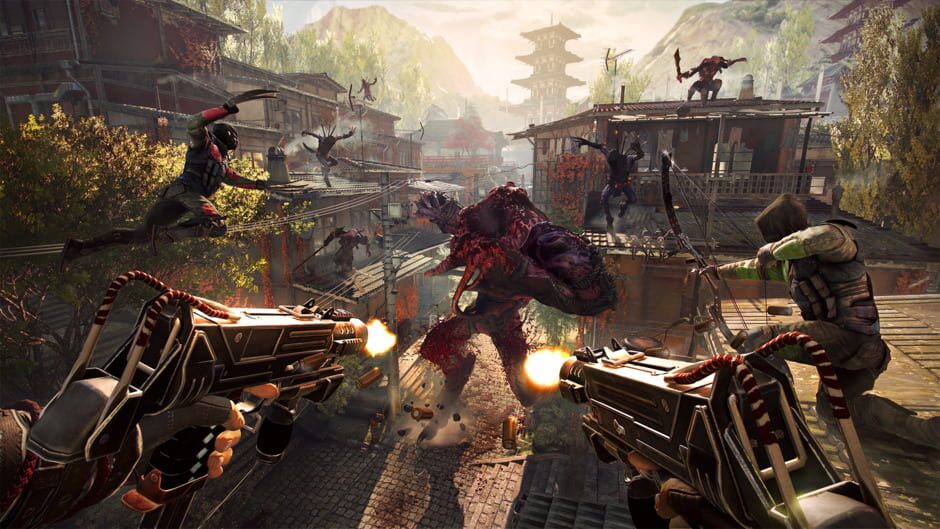 Shadow Warrior 2 is my favorite game on this list. A thrilling, over the top FPS game that borrows a lot from Doom in its style. It was developed by Flying Wild Hog and published by none other than Devolver Digital. There’s also a sequel, Shadow Warrior 3, set to release later this year. You don’t need the background information from the original Shadow Warrior to appreciate Shadow Warrior 2, but I would recommend jumping into the action here prior to the launch of Shadow Warrior 3 just to give you an idea of what to expect, and to provide some familiarity with the characters. You follow the adventure of Lo Wang after he accepts work from the Yakuza, rather quickly things go to shit as otherworldly forces and the evil Zilla Corporation attempt to use Kamiko, the Yakuza leader’s daughter to unleash world devestation. One thing leads to another and Kamiko’s soul becomes attached to Wang’s, giving him another voice in his head as he continues the effort to halt Zilla’s plans. The dynamic between Kamiko and Wang is great, and is full of humor. The game is packed tight with raunchy jokes from our loud mouthed protagonist Wang, so take that into consideration before jumping in head first.

Shadow Warrior 2 features well over 70 unique weapons that each possess a various amount of upgrades. The amount of ways you have to kill your enemies, explore each area, and even the amount and quality of side quests make Shadow Warrior 2 more than deserving of your time. On top of being a great single player experience, it also has a 4 player co-op mode that allows each player to experience the story of Lo Wang. The action is fast paced, brutal, and often proves quite the challenge. 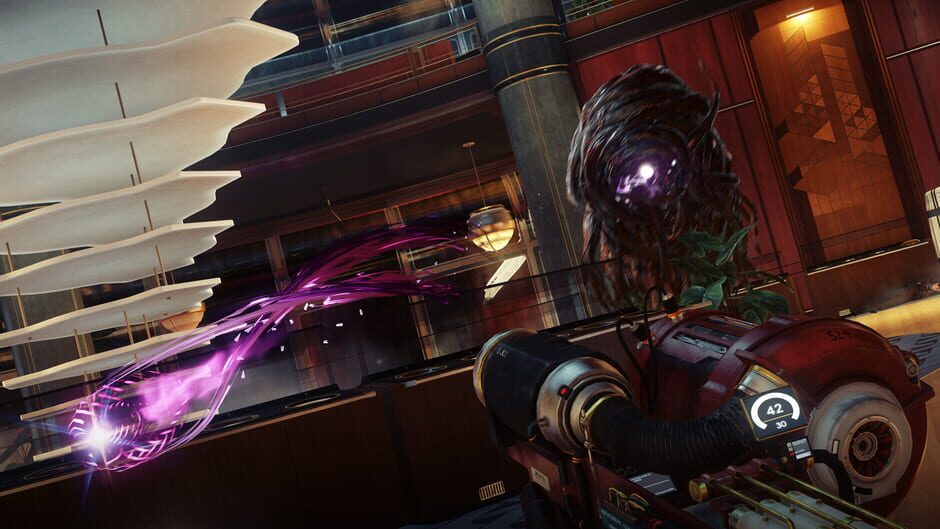 Prey is very different from every other FPS on this list in that while it is technically a first person shooter, it doesn’t appeal to the same sorts of crowds. Primarily, Prey is an immersive simulation game. These style of games really emphasize player choice, and allow you to interact with most items found within your environment. It was created by Arkane Studios, the makers of Dishonored and Deathloop. If you’ve played either of those series than you have a good idea of what you’re getting yourself into when booting up Prey. The actual combat is a little slower in pace than Arkane’s other works, but with so many different options to go about every encounter, you’ll never be bored. You can hack your way through the facility, sneak past enemies, or expand your arsenal and rain down hellfire onto your enemies. The choices are all up to you, and you’re welcome to mix up your style whenever you’d like.

The story is also guaranteed to throw you for a loop, with Prey being the first mind-bending psychological horror tale Arkane has chosen to spin. You traverse a seemingly abandoned research facility set in space, searching for answers about yourself, your family, and the events that led to the abandonment of the station. I don’t want to give away too many details, since Prey is best experienced knowing as little as possible. But be aware, not everything is as it seems. 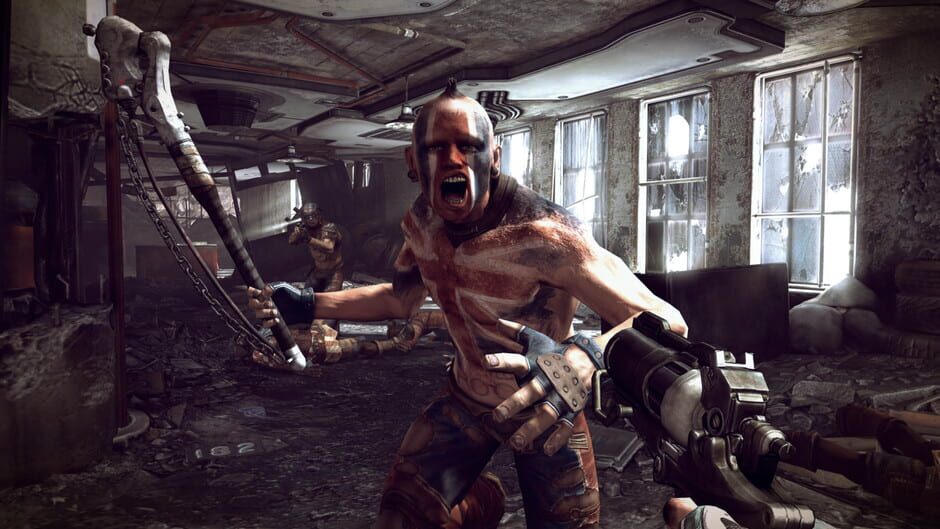 Rage is the largest name on this list, but it still doesn’t receive the love it deserves. Its sequel, Rage 2, didn’t live up to expectations and I believe it may have swayed some people away from going back and trying the first game. Developed by the father of FPS games, id Software, and published by Bethesda, Rage released over a decade ago now but it can stand among the giants of today. The graphics hold up incredibly well for a decade old, open world, FPS title, and the gameplay continues to feel fresh. The game’s style and plot have garnered it many claims regarding how it resembles hit post-apocalyptic media such as Mad Max, Fallout, and Borderlands. In Rage you play as a U.S. Marine named Nicholas Raine after emerging from an underground Ark (think Fallout Shelter), 106 years after entering it. The world is now a wasteland and you’re quickly thrown into the conflict between the free people of the Wasteland, and the fascist government entity known as the Authority. While you are out gunned and have inferior technology when compared to the Authority, the technology you were injected with prior to entering the Ark has given you superhuman abilities, which has caused the Authority to hunt down and eliminate all Ark survivors. You have a target on your back from the moment you step foot into the wasteland, but with the help of the Resistance, you wage war across the wasteland, fighting Authority super soldiers, grotesque mutants, and desperate raiders all along the way.

There are plenty of weapons, upgrades, and abilities to keep you entertained, plus Rage has a great Mad Max styled vehicle gameplay loop that has you upgrading your wasteland war-machine, participating in death races, and more. The mutants are also diverse and many are unique to Rage, providing players with some interesting, and rather difficult boss fights throughout the story, with plenty of standard enemy variety to prevent the gameplay loop from growing dull.