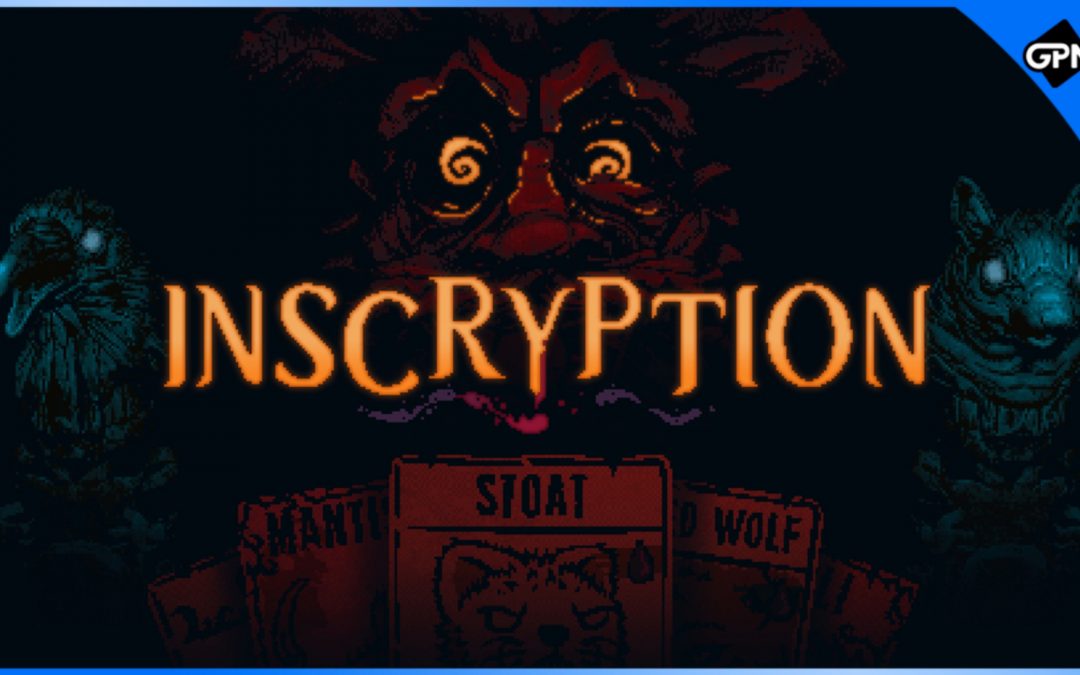 Creativity is the driving force behind the advancement of the gaming industry. While technologcial improvments are always welcome, it’s games doing things that no other game has ever done before that truly shakes up what the industry has to offer. I find the greatest sources of creative game design amongst the indie developer scene, and few other games offer such a stunning example as Inscryption.

Inscryption is a deck-building rogue-like with psychological horror twists that was developed by Daniel Mullens Games and published by Devolver Digital. I didn’t really know what I was walking into when I purchased Inscryption just a few days ago. I had seen some praise for it here and there, such as it being awarded Polygon’s Game of the Year, but when it came to the actual details of what Inscryption had to offer, I wasn’t aware of anything past it being a card game with a table top RPG-esque game board.

I think that’s the perfect mindset for diving into the game, so I won’t be going into many details about what the story has to offer. Every interaction that occurs throughout the game, from talking to the mysterious figures across the table to exploring the areas you’re being held in, it all manages to spin one of the most unique narratives I have experienced in many years. Inscryption is absurdism at its finest. You’re trapped in a game that you understand nothing about, forced to die over and over, desperately searching for an escape where there isn’t one. You, and the characters around you understand that your efforts have no purpose or direction as the ending has already been written in stone. Chaos is an inescapable void that slowly swallows you as you uncover more details of the origin of Inscryption. I am still trying to fully process everything that unfolded throughout my experience with the title. Not many games can claim that they consistently grasp such a hold on the minds of those who play them. Yet Inscryption seemed to do it with absolute ease, constantly managing to circumvent my expectations. I am typically a fair shot when it comes to predicting future events of games, but I wasn’t ever able to grasp the direction that Inscryption wanted to go in. 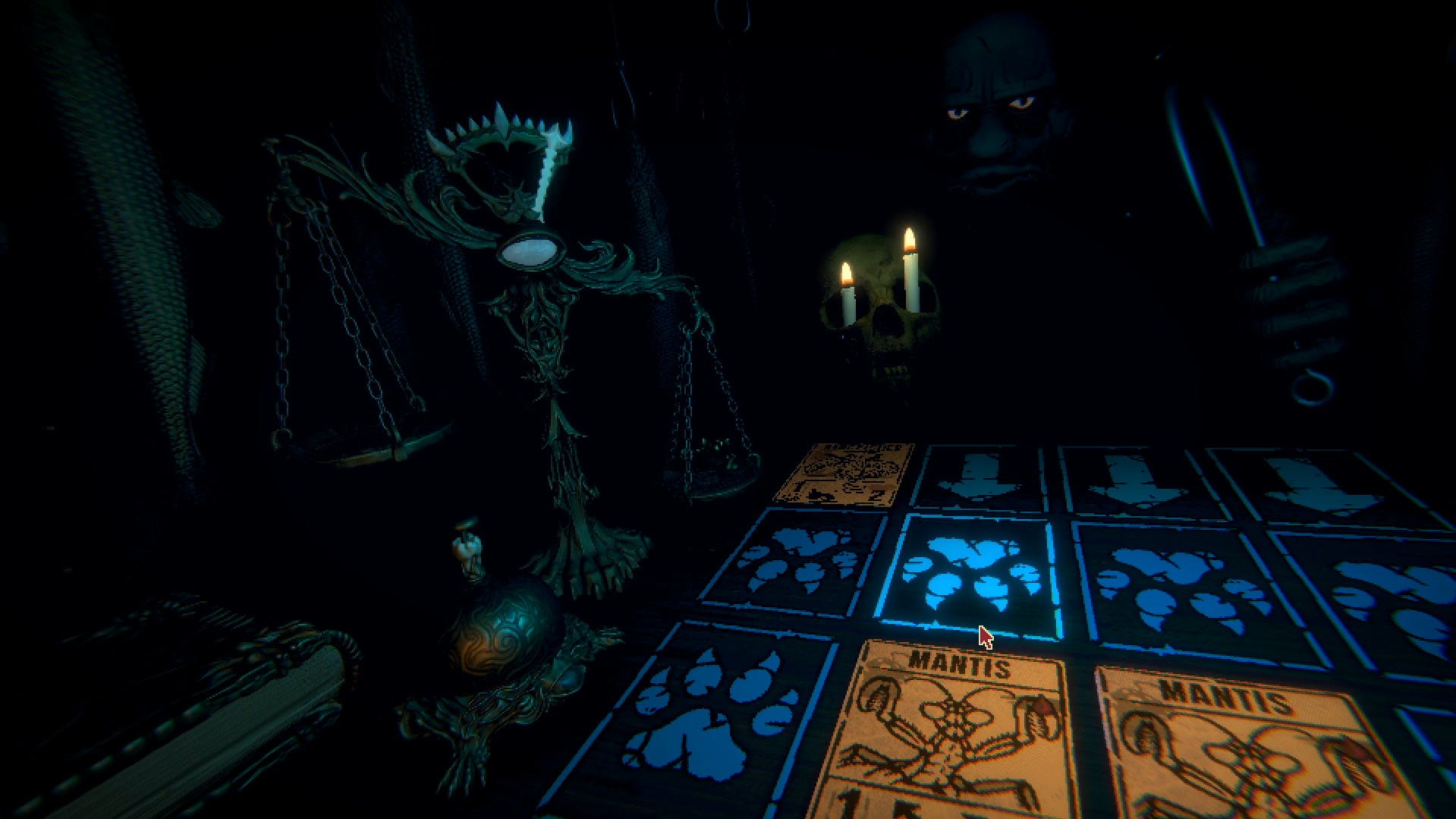 As someone who grew up obsessed with card games like Yu-Gi-Oh! and Pokémon as well as being an avid table top RPG and board game fan, I am honestly a bit surprised that it took me so long to pick Inscryption up. In theory, it was a game seemingly crafted for my tastes based off of that description alone, yet it wasn’t until a random December night, for no reason that I can think of, that I decided to jump on it.

Inscryption is not a difficult card game to grasp. You get a starting deck of just a few cards that you can slowly build as you go through the map. Each card has a cost, an attack number, and a defense number. You do damage to your opponent by attacking them directly (kind of like in Yu-Gi-Oh! but each lane is independent so if your enemy has an open lane you can attack them there), your health is shown by a scale to your left side. Doing damage to your opponent dips the scale towards them, and vice versa. Once you lower the scale as far as it goes, you win! Well, you win that match anyway. Inscryption is more than just a card game, it’s also a rogue-like and a table top. As you continue along the map you can choose the path you take, your figure landing on the many various plots can cause different events to happen. From standard fights to upgrading cards or interacting with support characters such as the Woodcarver who can give you a totem that will apply a sigil to a certain type of beasts you wield. Different sigils offer different abilities. For example if a beast is marked with a wing sigil it will always attack your opponent directly, ignoring the monsters that may be placed in front of it. There’s a lot of variety to the game, from the different species of animals you can combine to the many different sigils at your disposal. Each run feels distinct from the rest, and manages to avoid growing stale. Especially since you’re also able to leave the table you’re seated at to explore the one room cabin you’re trapped in. Spread throughout are an assortment of puzzles that are more than worth your time to solve.

I love the gameplay that Inscryption brings to the table. It has enough depth to it so as to still excite seasoned card game players, but is simple enough to learn the basics to that inexperienced players needn’t fear the game either. You can also play most of the game with just your mouse and a button or two, making it a fairly accessible game. It also has options for you to disable some of the screen effects such as flashing lights, which helped make it something that I was actually able to play without fear or being on my guard.

The best part of Inscryption has to be the atmosphere that it creates. The gameplay and narrative play right into the sense of dread that the developers were aiming for. No matter how strong your deck may be, there’s plenty of tricks lurking in the shadows to threaten you run. The art style and sound design play up the absurd sense of horror that players experience by shrouding the true appearance of your tormenter, or playing a tune that foreshadows your future demise. I was sucked right into the game and was barely able to set it down until I finished because it just felt so immersive, Every aspect of the game builds upon one another to create a masterfully crafted atmosphere of pure psychological horror that only seems to worsen as you learn more about the true nature of your adventure. 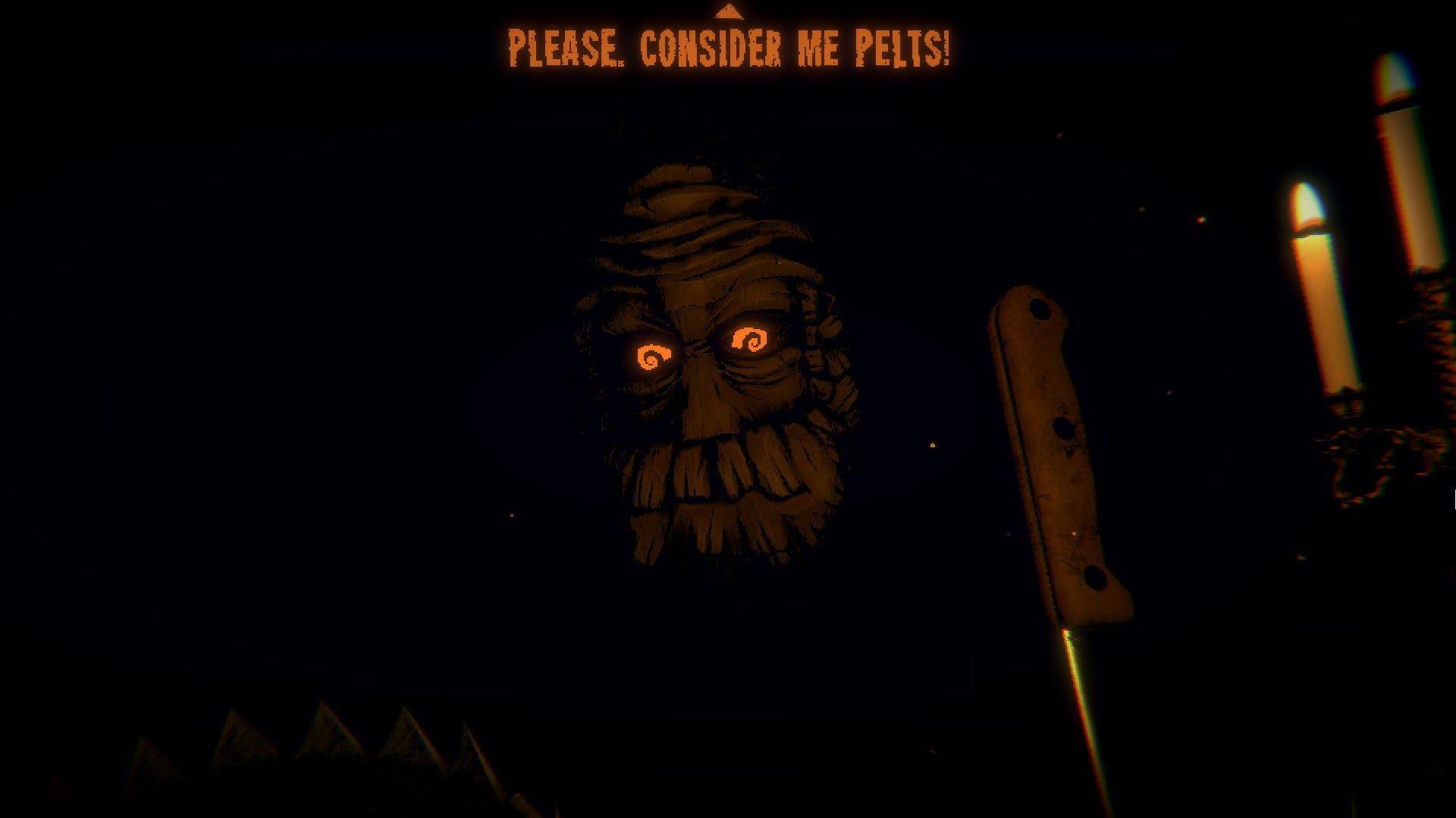 There are few games out there that have left me in awe of their creativity, but Inscryption certainly ranks high amongst them. Any fans of horror or card games should add this to their wish list as there are few games as compelling from this year. Inscryption is a game that I will be thinking about for quite awhile, and even with its more linear approach in the second half of the game, I feel like the replayability of the title is high. In a year that’s absolutely packed with stellar games from top to bottom of the industry, Inscryption manages to stand in a class of its own.