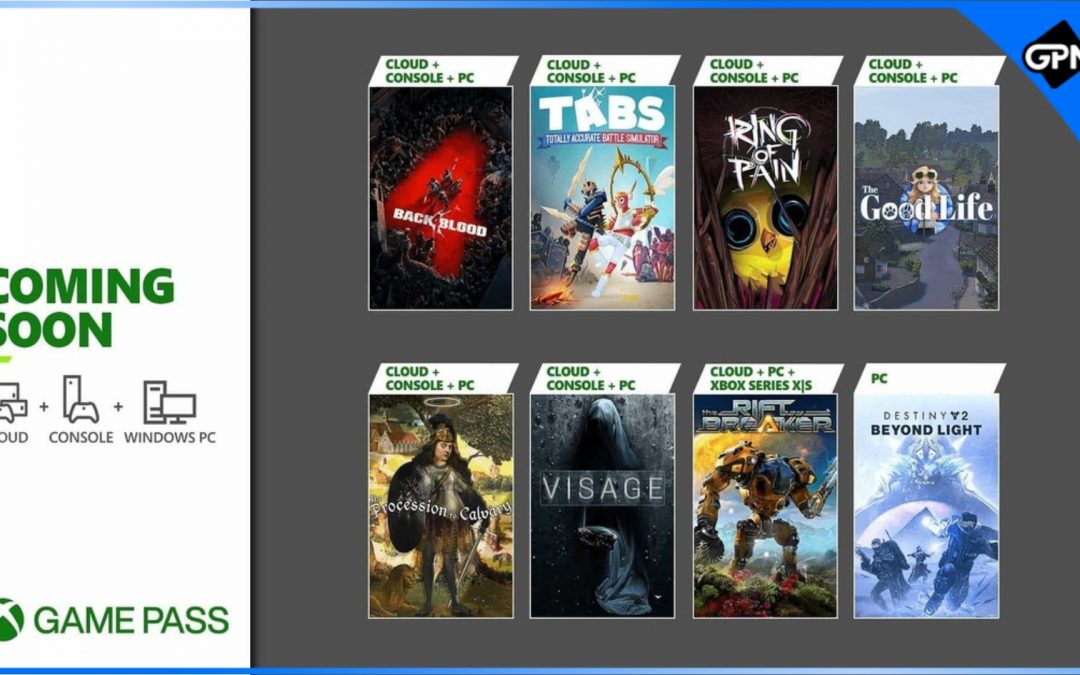 A surprise addition to Game Pass last month, Marvel’s Avengers settles you into the role of one of the Avengers in co-op. In the campaign, play as the super hero Kamala Khan ‘Ms. Marvel’ and reassemble the broken-up Avengers to take down the shady corporation A.I.M. Also includes the free expansion War for Wakanda on cloud, console, and PC.

The Procession to Cavalry by Nephilim Game Studios

Step into this life-like oil painted world as an unnamed heroine on her journey to overthrow the dastardly tyrant Heavenly Peter! On your journey, meet a wide cast of characters, solve puzzles, and weird scenarios in this point and click adventure that takes inspiration from Monty Python’s Flying Circus coming to cloud, console, and PC.

Inspired by Hideo Kojima’s cancelled P.T., this slow-paced psychological horror manages to haunt you with great scares and uneasy atmosphere at the same time. Play this on cloud, console, and PC.

Back 4 Blood by Turtle Rock Studios

Made by the former developers of the famous Left 4 Dead franchise, their new zombie shooter takes what they did before and builds upon it with new features, new zombie types, new characters, and a wide array of guns. Run down zombies on console, cloud, and PC on day one.

Destiny 2: Beyond Light by Bungie Inc.

Originally only for console, Destiny 2: Beyond Light finally comes to PC a year after it was announced. Travel to the moon Europa to learn the power of the Darkness and fight against the Eramis and her House of Salvation while discovering the secrets of the Deep Stone Crypt.

Ring of Pain by Twice Different

Roguelikes are never unwelcomed, and Xbox has got another for you. Seek loot and adventure in this card crawling roguelike and meet new characters with gifts for you as you fight to survive within the ring. Manage your gear and plan ahead on cloud, console, and PC.

The Riftbreaker by Exor Studios

Pilot a mecha-suit in this base-building action-adventure game set on a distant planet designated for colonization. Protect your base until you can secure a safe teleporter back to Earth and continue to colonize the planet. Play this as a day one game on cloud, PC, and Series X/S.

The Good Life by White Owls

Play as journalist Naomi Hayward as she is sent to Rainy Woods, “the happiest place in the world”, to uncover the dark secrets that lie beneath its cheery exterior. Pay off the large debt hanging over you and solve murder mysteries at the same time day one on Game Pass, available on cloud, console, and PC.

That wraps up the news for now, check back in for more news from us here at GPN.