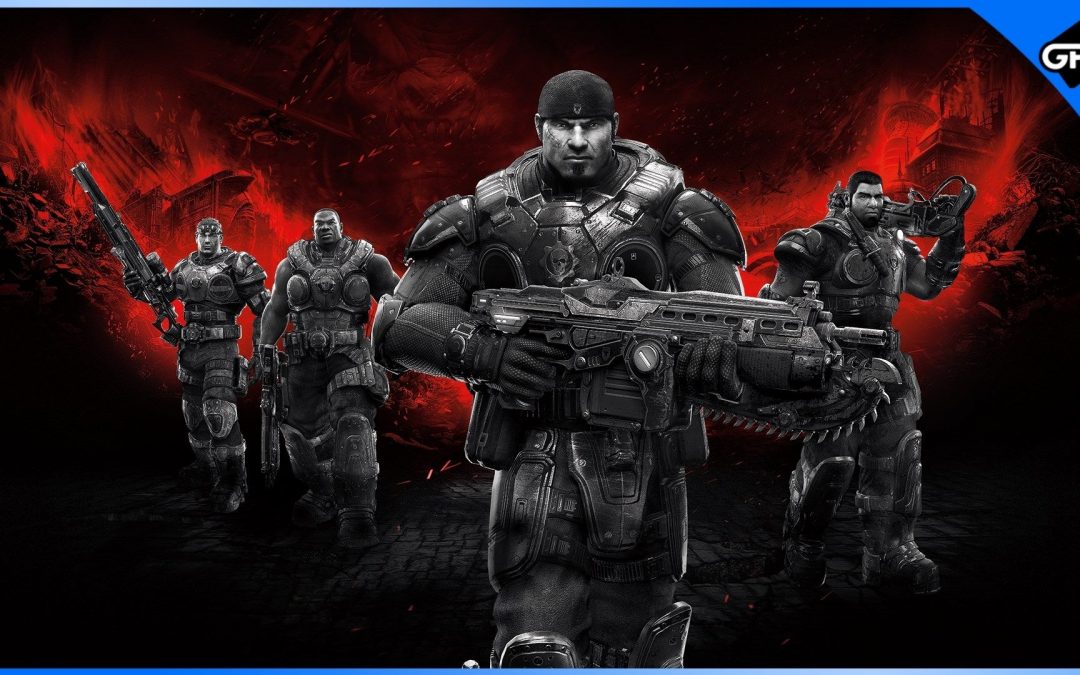 For a game that was originally envisioned as a class-based multiplayer shooter, Gears of War has a significant amount of campaign time and lore surrounding it, reaching almost 30 hours for those who are more inclined to head for a 100% completion. Even so, the online multiplayer roots are still very evident from the attention to detail given to the maps (Canals, Gridlock, Tyro Station etc.), modes (Annex, Warzone, Execution) and possible tactical setups which includes flanking, kill-box creation and more. This caters to more socially inclined and competitive gamers with mic chats allowing for better coordination between squads. There is even a strategy wiki online at strategywiki, which indicates how nuanced the online multiplayer can get. 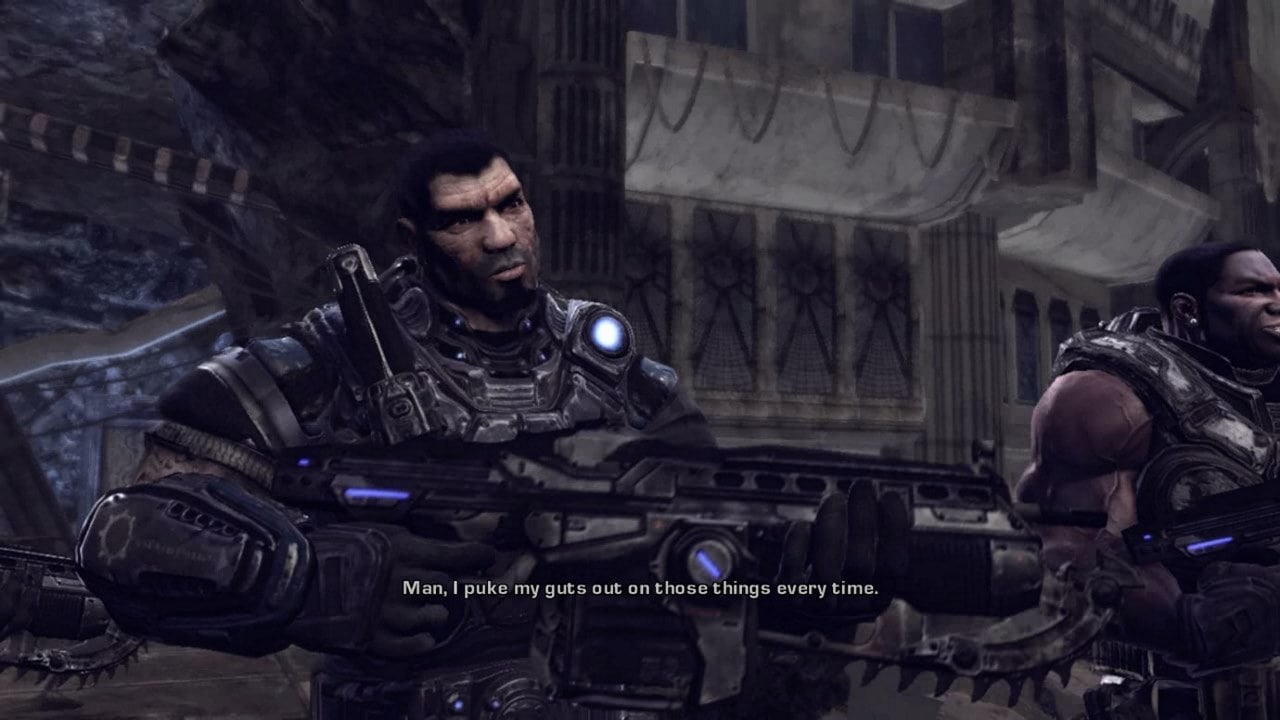 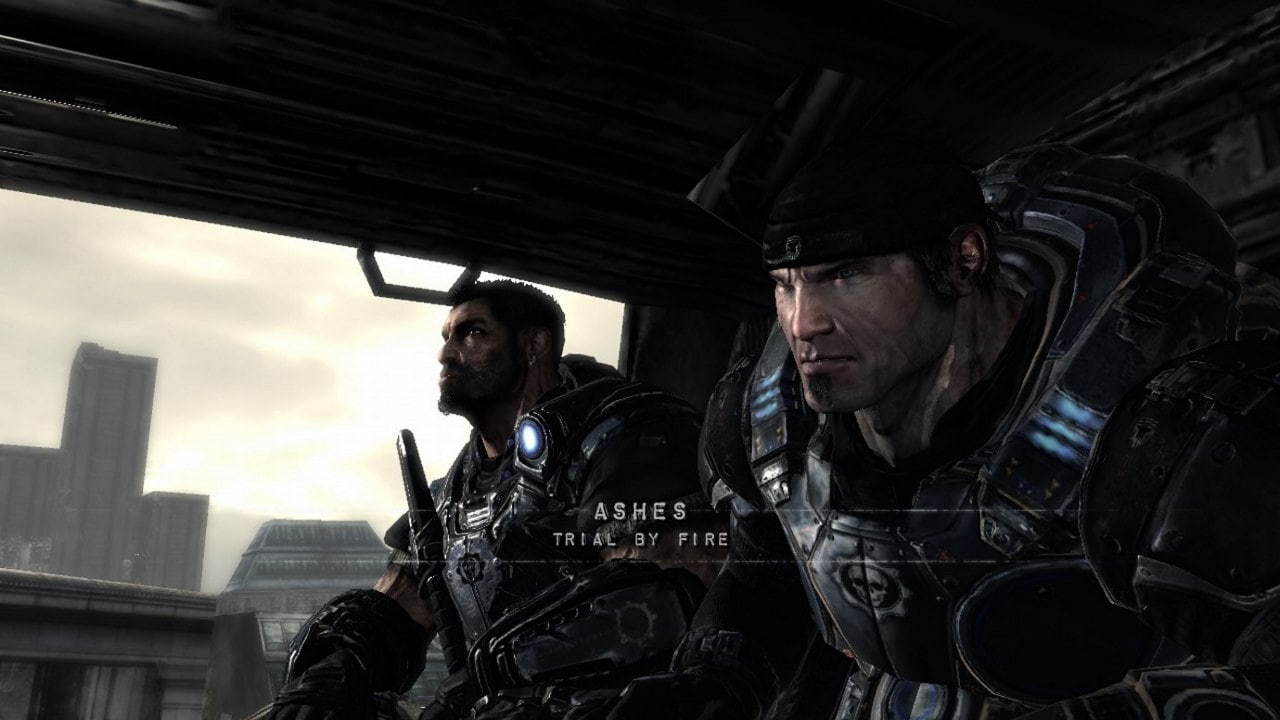 If you need a quick reminder, Gears of War is the story of a jaded former COG soldier named Marcus Fenix.  COG stands for: ‘The Coalition of Ordered Governments’ and this Coalition served as a supranational and intergovernmental military collective. He is reinstated after spending four years in prison for abandoning his post and trying to save his father – he needed to be reinstated because the military does not react well to insubordination. Marcus Fenix’s side-kick and best friend Dominic Santiago breaks him out of an abandoned prison and together they look to obtain the Resonator. This machine is an underground scanner of sorts, so the humans may pinpoint the best location to drop the Light-mass bomb. The bomb should destroy the underground home of the Locust Horde, a race of mutated humans that established their civilization underground and were forced to emerge to the surface seeking refuge by killing every human man, woman and child to then colonize the surface.

The learning curve in Gears of War is really one of its most interesting assets. The visuals and setting might communicate a survival horror vibe with some moments of violent gratification thanks to the Lancer Assault Rifle. This is a mid-range assault rifle with a fully operational chainsaw for a bayonet and that chainsaw showcased by Cliff Bleszinski in the Documentary titled “Gears Of War: Race to E3”. Still, there is more depth to the combat of Gears of War. The mobility offered by the cover systems were almost fourth-wall-breaking. Many called it “Wall Bouncing” and it stuck. Wall Bouncing is essentially jumping from wall to wall instead of running or walking in the game. This can be effective if used sparingly but has been known to be spammed by new players entering matchmaking. The reason it’s not utilised as much by veterans is that there are easy counters in place. One of them being the use of a Hammerburst instead of the Lancer or Gnasher Shotgun while the player is pacing backwards, with the Hammerburst having more stopping power than the Lancer and more precision than the Gnasher Shotgun. This provides a good countermeasure for wall bouncers. 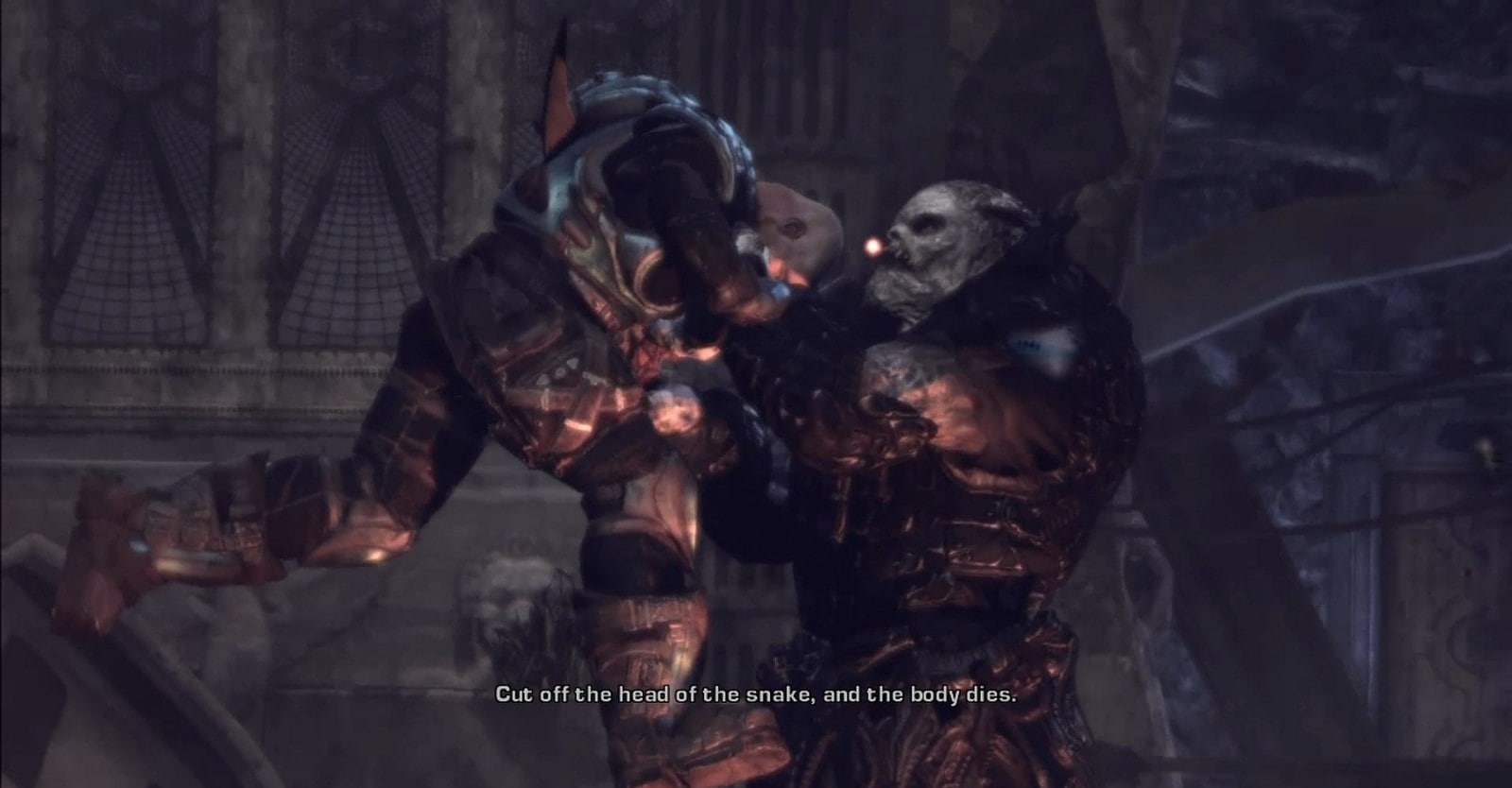 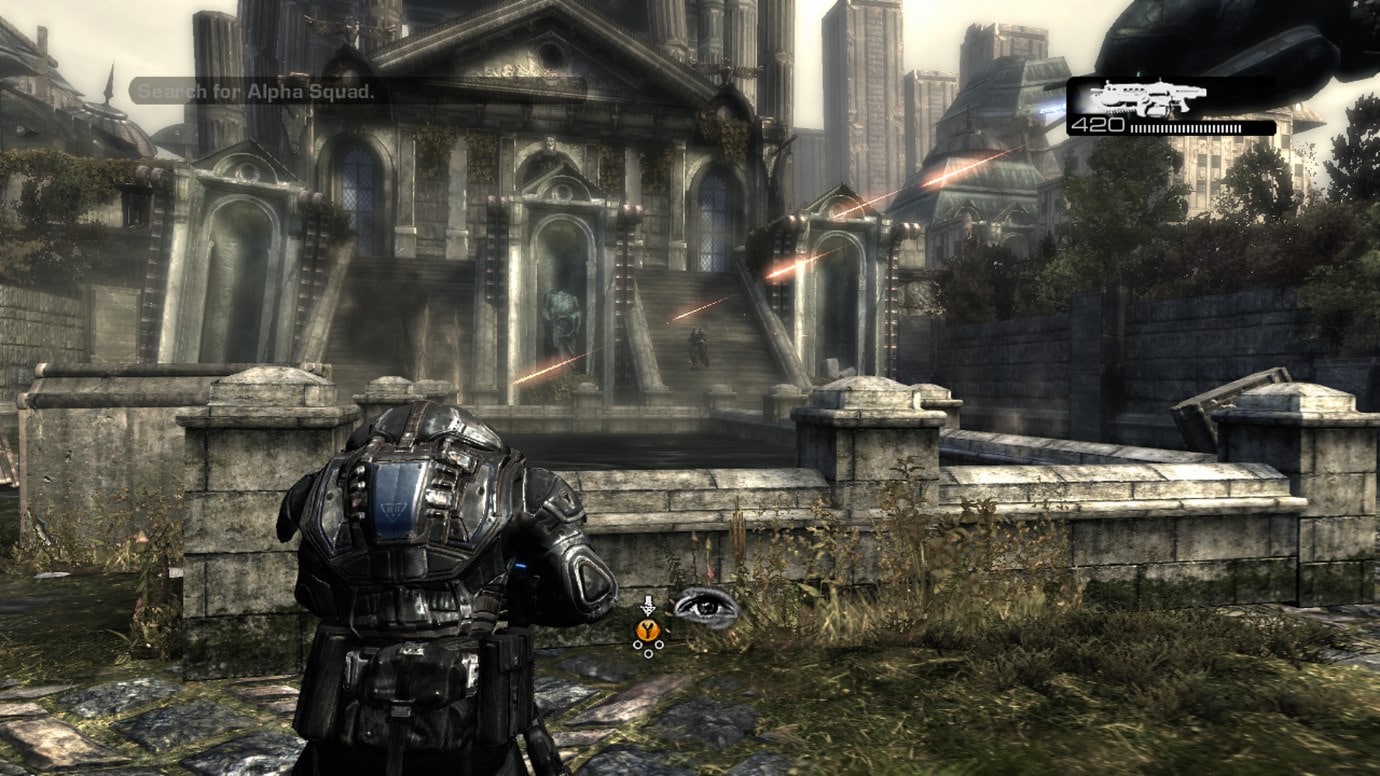 The quick roll when it came to changing weapons turned fights into mini-chess matches with different strategies being implemented to counter whatever was being presented by the enemy. For example, when facing an opponent with a Lancer or Hammerburst while you have the Gnasher shotgun equipped and are out of range, one or two quick rolls forward ignores some of the damage being inflicted which allows you to blast away as soon as you’re in range. Naturally, there is also a counter for Quick Rollers that just spam the A button, namely a well-placed grenade in the general direction the roller is heading in. This will do the trick as the spam rollers are usually focused on their destination and closing the gap between them and their target.

Although the movement was revolutionary for its time, there is no denying the tank-like feeling one gets from movement in general when controller characters in Gears of War. Another small but meaningful mechanic that was implemented was named “Active Reload”.To say that this minigame of sorts was a success would be an understatement. In short, it’s a mechanic that can speed up the reload animation of all guns or jam a gun if the timing is off. Every gun had its own timing in order to do a good reload. The perfect reload was achieved by timing the button press of RB perfectly and even increased the damage of your chosen weapon by 8% for all the ammunition loaded. It was a thing of beauty, with its own achievement named “Zen and the Art of Reloading” netting a modest 10G for successfully performing 25 perfect reloads.

To say the multiplayer was great would not do it justice, either. Gears of War did what many others had tried and failed to do and that was knock off Halo 2 from its perch as the undisputed multiplayer King. At the time, only first-person games could realistically compete in this space. The gory visuals, the cover system, allowed for shooting directly out of cover without having to leave the safety of one’s wall. The movement system allowed for 8 dimensions of movement instead of 4 and map design. Lee Perry, the lead level designer at Epic Games, stated “If someone tried to get behind you and shoot you point-blank in the ass, you had a chance to see that coming. There weren’t endless chains of rooms and corridors – instead, there was ‘a front’. You saw your enemies, you tried to suppress them, you saw their tactics unfold. It became about more than just sprinting around corners and hitting the trigger first.”. This almost always produced long and intense firefights.

The graphics for Gears of War were viewed as amazing for the time, but unsurprisingly don’t look as impressive by today’s standards. There is no denying that with Epic deciding against pursuing a more stylised look, the game stopped being top tier in terms of looks very soon after release. The performance is still solid and even in the most action-packed firefights, it kept a steady frame rate with little to no pop-in and zero stutters. As for the look and design of the characters.

The Music for Gears of War was composed by Kevin Riepl of Unreal Tournament 2003 fame and you could tell. From the “Gears of War theme” that was heavily influenced by military drums and horns to the sombre synths of “14 years after E-day”, it is easy to tell the dark and ominous tone that is being conveyed here. My personal favourite is “Ephyra Streets 1”, because of the ominous start that feels like it’s leading to a big crescendo, but just leaves you hanging and wallowing in your disappointment. What more appropriate way to remind the player that they are in a dystopian universe than to destroy their hopes, even in the soundtrack? Clever.

The cover system and active reload shine brightest in terms of gameplay. The ability to shoot blindly from cover while not running the risk of being shot was an added bonus that was well utilised on higher difficulties. The chainsaw on the lancer, although visually pleasing to see in action, cannot be utilised as much on higher difficulties because of the unreliable hit/cut detection. On numerous occasions, I successfully ran up to an enemy, pressed and held B, watched my character rev his chainsaw right next to the enemy and nothing happened. Instead, I got a shotgun to the face. It must also be stated that I played the game on Xbox Series X for the purposes of this Retro Review. In my opinion, there was a clear bias towards gameplay over story and characters in this game and it’s apparent. Marcus Fenix is a one-note grunt as he seems incapable of expressing any emotion besides being angry or slight annoyance throughout the game, while Dom is Marcus if he was of South American descent. Cole is your generic loud-mouthed black guy and Baird is a generic blonde, blue-eyed, sarcastic engineer. The entire team starts and ends the campaign the same people they came in as.

By today’s standard Gears of War is a AA hit at best, the graphics are not impressive and the story is shallow but the gameplay remains top tier. It was a groundbreaking game at the time and for me, it was a masterpiece of modern gaming. It ushered in a brand new way to do battle and move in a third-person action game while also creating a new universe worth investing millions of hours in. We haven’t had a movie based on it, but we’ve already had several books, so a motion picture is just a question of “when” and not “if”.

Xbox Gamers Can Donate to SpecialEffect By Playing Games → 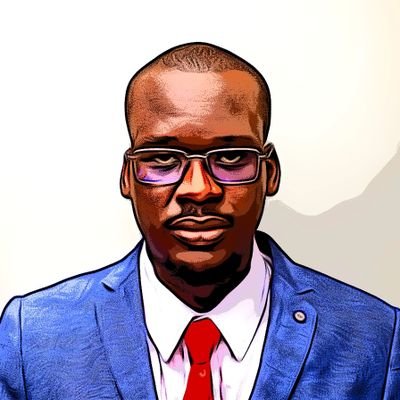