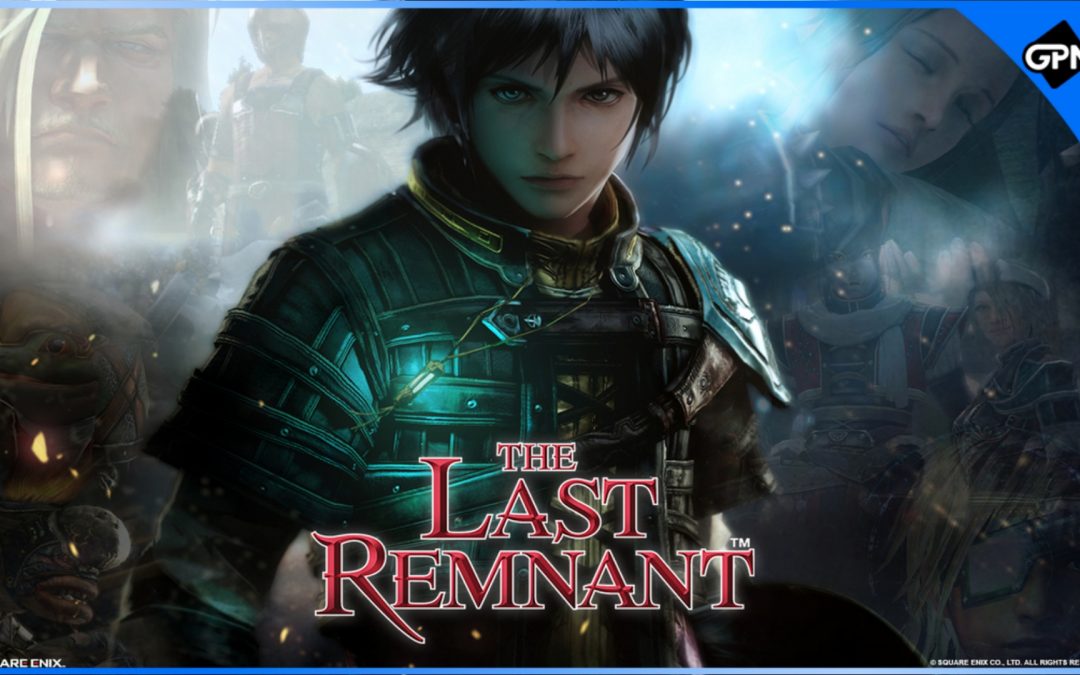 Over at Square Enix, the devious minds behind some of the most well-received RPG’s of all time had come up with a new idea. The Last Remnant started development sometime in 2006 and would release in 2008. It would be the first game from Square Enix to be developed for an HD system as Final Fantasy 13 wouldn’t be released for another year. Greeted with mixed reviews, I decided to play this game back at release on the Xbox 360 in 2008 and shortly after I started, I was completely crushed by this game. I simply could not beat it. It would take 10 years for me to return and roll credits on this game when it was re-released in 2018.

The game is set in a futuristic world where there are a number of different races along with humans. In this world, magic is practiced and researched in order to better understand the beings that magic comes from. These magic bestowing entities are called “Remnants”. These Remnants are powerful pieces of technology/mystic ancient tools that grant its user, or someone “bound” to it the power, to control itself and whatever else that Remnant may want to control. You play as Rush Sykes, son of two head researchers and brother to the “Princess Peach” of this world, Irina. Irina gets kidnapped and Rush sets forth to find her and stop a group of people from misusing these world defining Remnants in their quest for complete domination. Overall, I favor the story, but it suffers from the ‘commonality’ issue that plagues many games. When you have this many world-defining things, it always feels forced as to why no one has tried to take over the world before, or if they have then why wasn’t something done about the Remnants. Or why is the world still around when there are enough of these ‘Nuke’ like things just floating around? The story is good so long as you don’t try and poke holes in it; accept it for what it is and move onto the game two greatest features, the combat and the character customization. 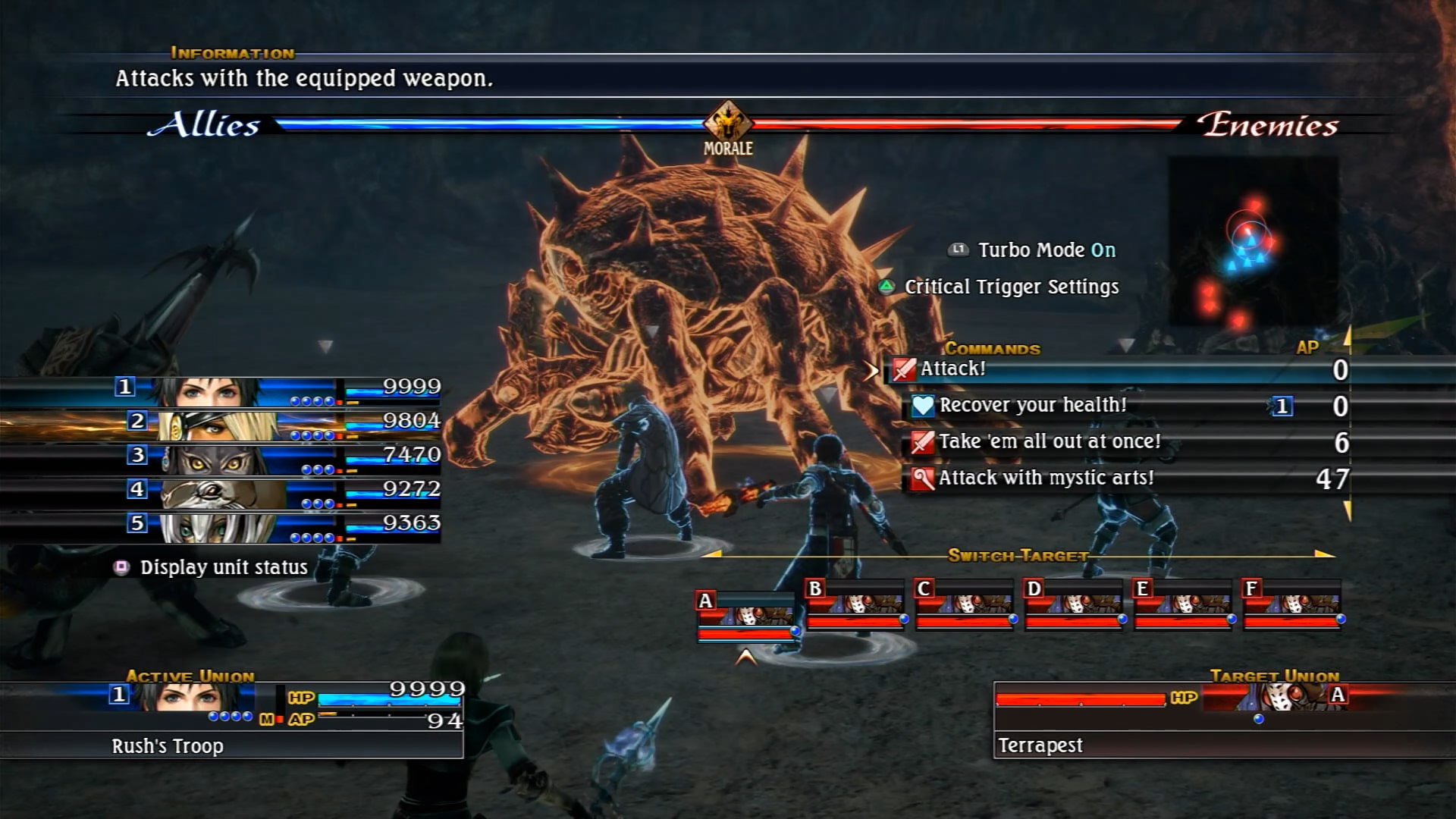 Units, customization, and YOU

Admittedly, it’s a little difficult to describe the combat of this game in just a few sentences. In essence, you control a ‘Unit’ of people during combat. You build a personalized team from dozens of choices and that unit does the actual fighting. As a unit, you select what types of attacks you want the entire unit to do which is usually centered around magic, melee, or special attacks. The people inside the unit share a pool of health along with a pooled defense and strength stat. The enemies move like this as well, with their units being anywhere from one thing up to six in a single unit. These battles feel epic on a scale that wasn’t at all common back in 2008. Your team of 18 people going up against hordes of enemies and cutting them down like it was a real battlefield is one of the greatest things about this game and something that it just nails. You feel like you are in a real battle with so many different groups involved and some of the larger scale battles involve up to 100 enemies. The skills that you can learn changes depending on your playstyle that leads to what I believe to be the greatest system in an RPG that I have ever played. Character Customization.

In most RPGs where you play as a character that is already established – i.e., a character that you don’t create for yourself – it tends to feel like you’re playing someone who has their own progression path and you can do little to change that. It isn’t a bad thing, but it always leaves you wanting something a bit more. The Last Remnant starts Rush off as a completely blank slate. Whatever weapons, skills, abilities, magic, combo arts, etc. you want him to learn you can. I played through the game twice. Once to do a 100% run (which I will talk about that mistake in a moment) and once as a pure magic caster build. During the first run, I built Rush to be a dual-wielding, Axe-holding Barbarian that runs into the fray and can put up some huge damage numbers. In the second run, I built him as a chancellor, waving a stick around and raining hellfire onto the battlefield. There are six different weapon types and four different schools of magic that each requires you to put time into and unlock its special ability at the end of its progression. These progression cycles aren’t short either as each of them takes roughly 40 hours to finish; even then it will probably be another 20 if you want to unlock their full power from the weapons needed in each class. That 60-hour commitment should give you a fair idea as to what you are getting into when you decide to do a 100% playthrough. 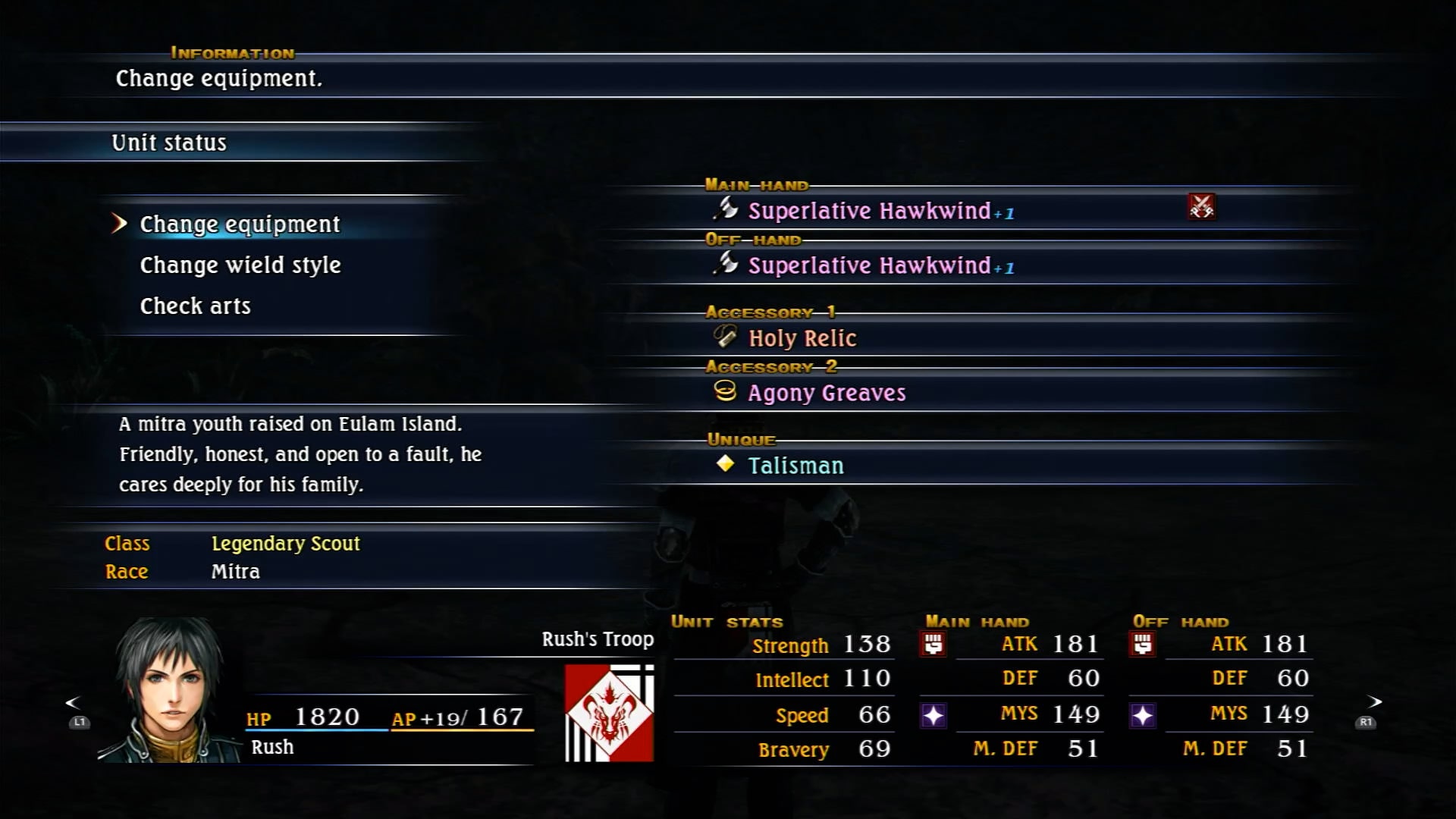 Regarding my 100% completion attempt? Never again. Why? The time I spent on this alone could have led me to finish – completely finish – all achievements and everything, 20 other games. It’s a real time-sinker. The reason being a classic as old as dirt, GRIND, everything in this game has it involved in one way or another. There is one more aspect as well that we will discuss in a moment once I make you understand how much grinding is involved just for the achievements alone. As a side note, all achievements does NOT equal 100%. In fact, you could do all achievements and still be hundreds of hours from 100% if you don’t stack the necessary grinding on top of each other.

Half of the achievements in The Last Remnant involve the need to grind. There are two however that I wanted to directly call out for the pain that they bring. One is the “Final Instance” achievement which involves doing all the quests in the game and then beating the final boss in his hardest form. Now, there are 42 quests and you may be thinking that isn’t that bad until you start to get into them. These tasks can range from 10-minutes to multiple hours depending on which quest they are and if you decide to use a guide or not. Also, they are skippable, so if you progress in the story by accident and fail to get one of these completed,  you’ll need to go ahead and reload that last save you had from five hours ago. Not to mention that out of those quests there are several that require level grinding and we will get to why that is a bad thing in a moment. All achievements will take you roughly 50 hours or 70 if you do the ‘perfect grind’ which adds on another aimless 20 hours just because it can.

Leveling is bad in an RPG?

Levelling in this game is in fact a bad idea if you do it incorrectly. Enemies, including bosses, level up with you. This means that if you grind incorrectly, you’ll reach a boss that is the same level as you, but has abilities that will one-shot your character. What if you don’t grind enough? He will still slaughter you. So, you may be thinking, when do you grind?  And the answer to that is at three junctions of the game. There is one called the ‘perfect grind’ which takes place before the middle of the game starts. There is one before the final boss at the end of the game, and then there is one that you should do before you tackle the side content and the super bosses. Fail to grind at each of these? You will die. Grind anywhere else other than these? You’ll probably push a boss to learn a new move set that he will then use to curb-stomp you into the ground and rip off your skull to use as a drinking cup. We haven’t gotten to the most egregious part of this game yet. Items or more specifically 100% completion and guild jobs. 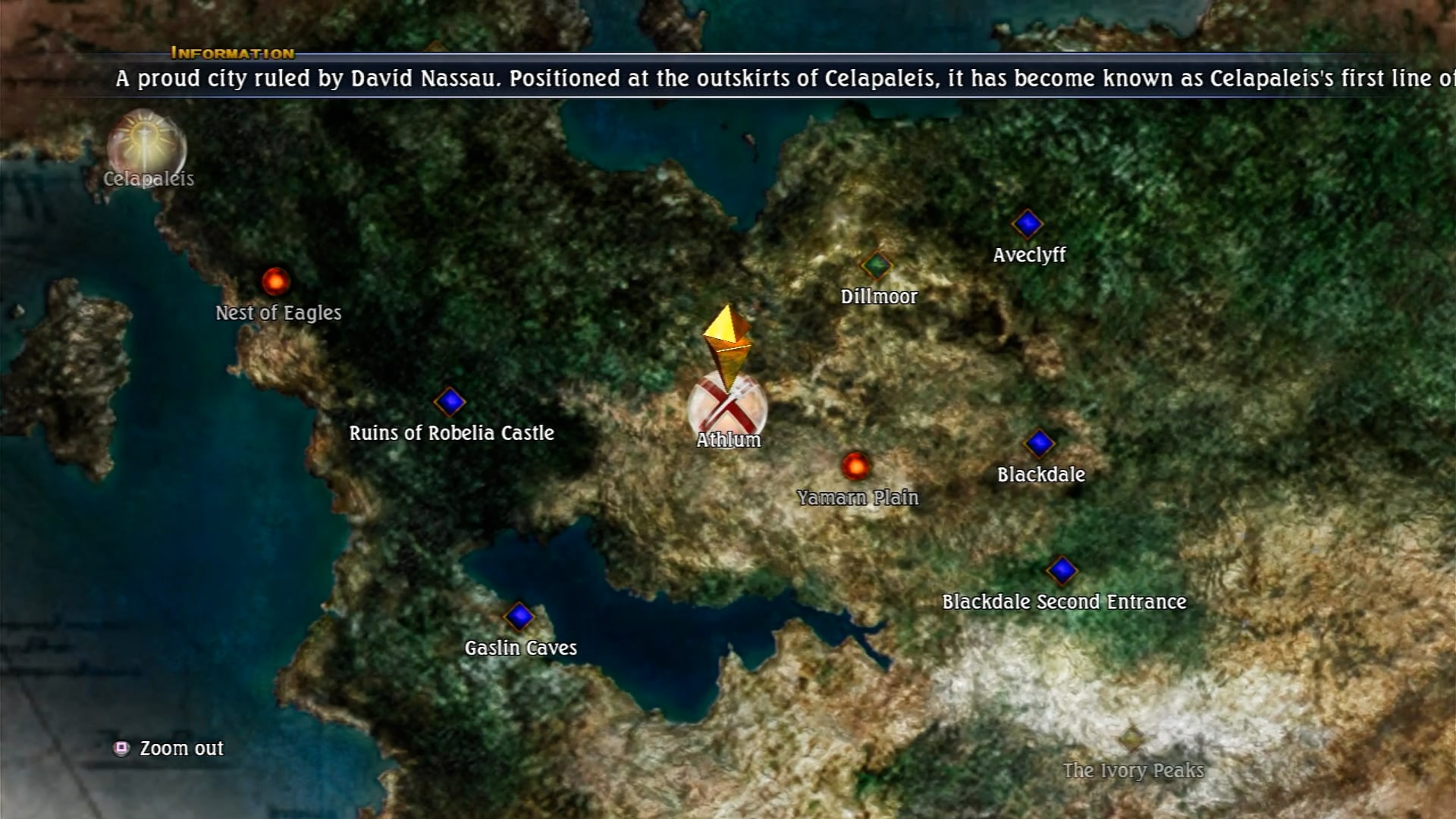 RNG, for those not acquainted, is the random number generation that a game uses to determine what you get after a battle or what happens in the game. This hellish torture fest determines if monsters even show up on the battlefield, if they drop a certain item, and if that item is the correct rarity that it needs to be. Say that to finish a guild task you have to hunt down this special monster. Well, that monster may not even spawn. In fact, every area in this game has a list of special monsters that can spawn and all of them are at a low rarity. Meaning that you could enter an area 200 times and that monster still could have not spawned. On top of that, each special monster has a drop list and some drops are needed to finish guild tasks. What is the drop chance you may ask? Well, some of them start with a decimal point .03 to be exact. So, on top of having the monster never spawn, if it does spawn you better get on your knees and pray to rnjesus that it drops what you need. I cannot express how this feels other than abysmal. I’ll let the final playtime for my 100% completion speak for itself. 426 hours. Never do this. 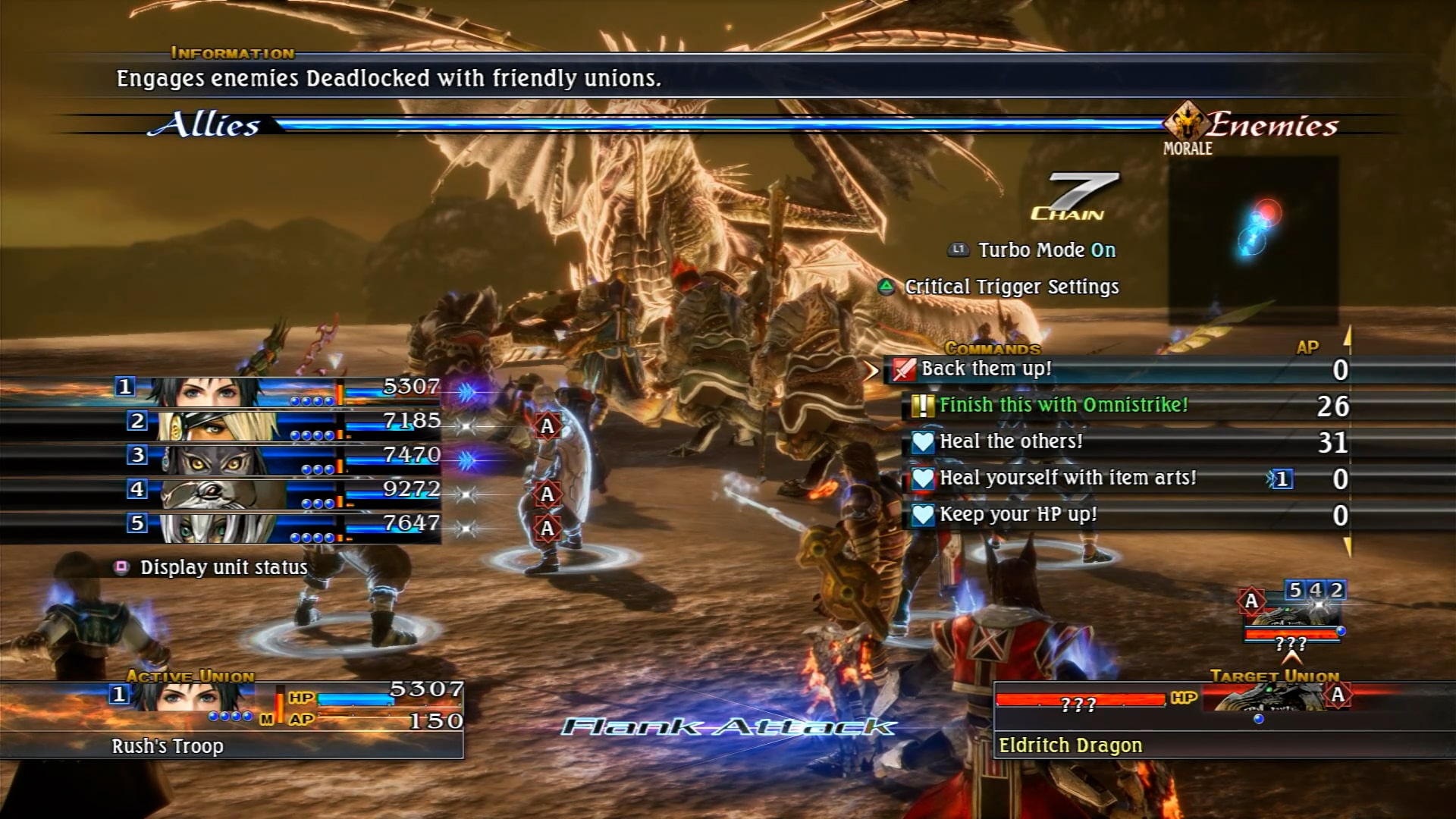 Overall, and even considering the annoying need to grind for achievements, I do adore this game. Coming back and beating it after all those years was such a fantastic way to get back into this title. RPG fans will love this game and if they can stick it out despite the flaws it has, they will have a fantastic time. The character customization, the units and how they change combat, the full-scale battles that make you feel like you are in the middle of a real war… these are things that The Last Remnant achieves well that other games even today sometimes cannot match. The story is nothing to slouch at either as it keeps your interest all the way through. However, I state this again: unless you want to grind your soul away go for all achievements and call it a day. 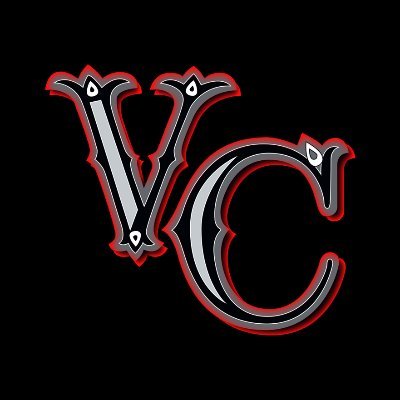