Saints Row is Back!….Sort of 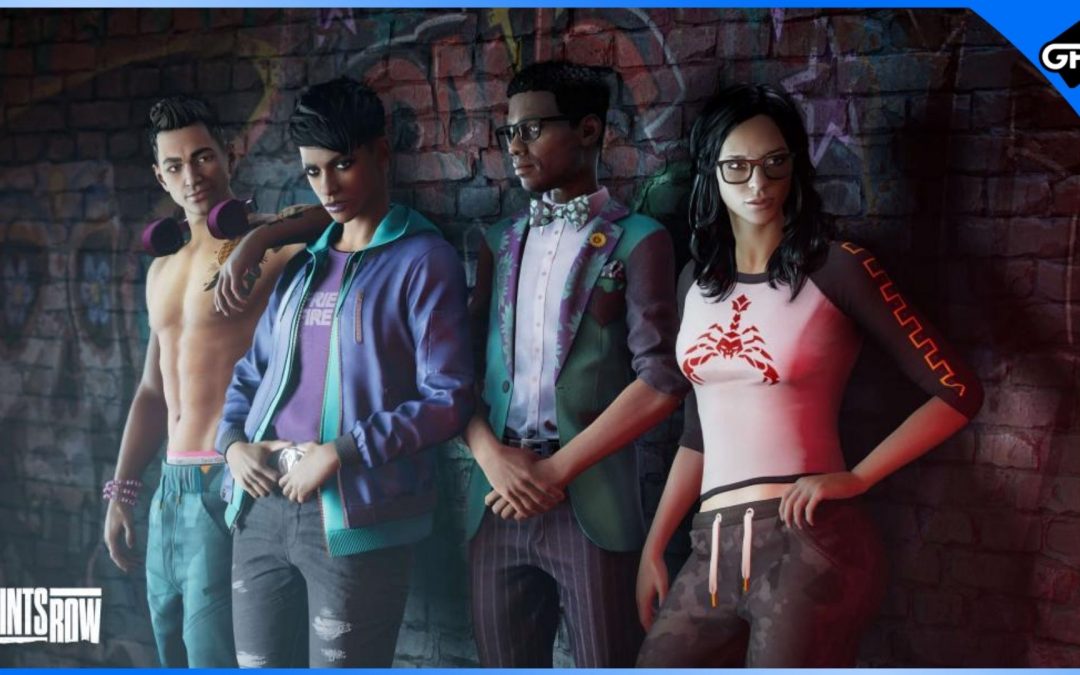 After 8 years Saints Row is back in the spotlight with a brand-new reboot of the franchise set to take the Saints back to their scrubby roots to tell a new story about how the criminal empire, we all know and love came to be. We got to see a new CGI trailer, hear a bit about it from one of the new voice actors, and we even saw a sneak peek at some new gameplay. However, the explosive reveal didn’t go off without a hitch, as long-time fans of the series voiced their concern about the direction the series had taken. Expectations were high and for a lot of folks, the Saints Row presentation left them with nothing but disappointment. As a long-time fan myself, let me be the first to say that it also didn’t quite meet my expectations but to be perfectly honest with you, I’m totally okay with this.

Now, when I say long-time fan, I mean it. The original Saints Row was the very first game that I got on my very first Xbox console and I played that game for hours. Recreating my favourite rappers in the character creator, trying to do the main story missions in different orders so that I could try to unlock different voice lines for the protagonist or just a different ending where my character survives.

I didn’t have great access to the internet back then so there were no guides to read or walkthroughs to watch. I had to answer all the questions I had myself and I didn’t mind. Saints Row 2 eventually came out and I wasted no time asking my parents for this game. That was the only thing I got for Christmas that year and again, I played it non-stop. What I’m trying to say is that this is my most beloved franchise and the thought of adding a new game to the collection was a dream come true. And it still is. 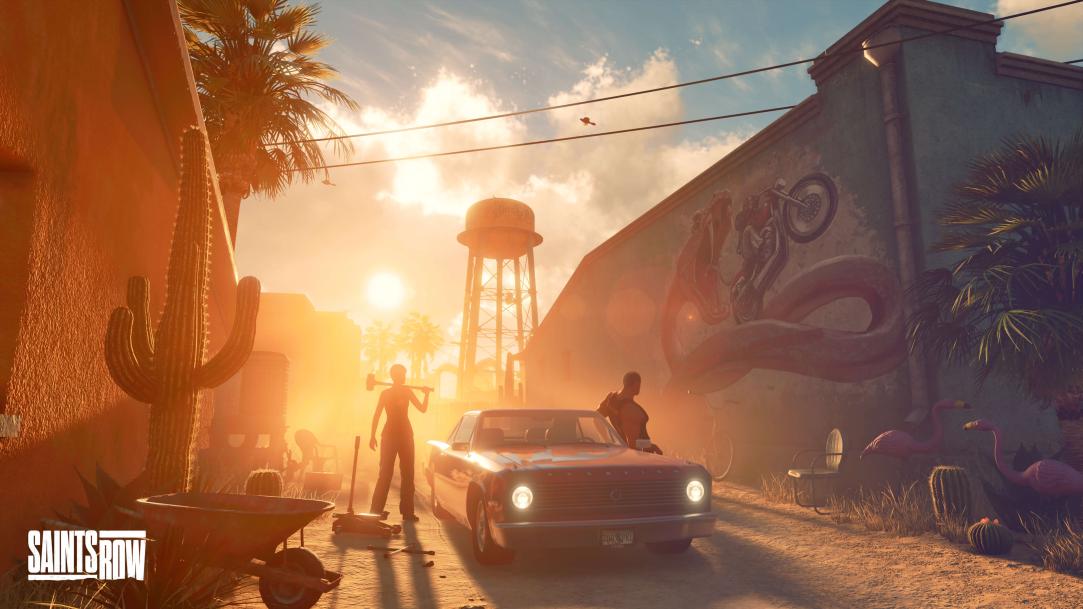 You see, from the start, I never had any illusions about what Saints Row was. It was the kind of game that celebrated the Hip-hop/Gangsta rap of the era and allowed me to live out my gangsta fantasies

but to say that it was this super realistic, dark, and gritty game about gang life is a stretch. Especially when you compare it to titles like Grand Theft Auto. The way I see it, CJ’s story in GTA: San Andreas was a close cousin to the movies Boyz ‘n The Hood and Paid in Full and I think that’s the image and experience that people want from an open-world crime sim, just with a more modern spin, but I didn’t get that vibe from Saints Row at all. The second game did a great job delivering an emotional story with dark and shocking moments but it also lets me spray houses with a poop truck…so yeah, conflicting tones to say the least.

Considering this, it doesn’t surprise me that the latter games took the direction they did, focusing more on the fun and mayhem to set it apart from its competitors and stop the comparison that has plagued the series ever since its inception. That’s why Saints Row the Third is more or less the success that it is today. It represents what the franchise wants to be known for and the identity that it was after. No longer trying to keep a foot in each lane but boldly stating that it is crime-fuelled chaos at its finest.

This became clear to me when we got the sneak peek of gameplay at the end of the presentation. The over-the-shoulder gunplay, the melee finishing move I saw the main character perform, and the small blip of helicopter action all indicate that this game’s DNA and main inspiration is coming from Saints Row the Third and that makes a lot of sense. It outsold both of the first 2 games combined and only gave further affirmation that the shift in tone and overall direction was a good move from a business standpoint. 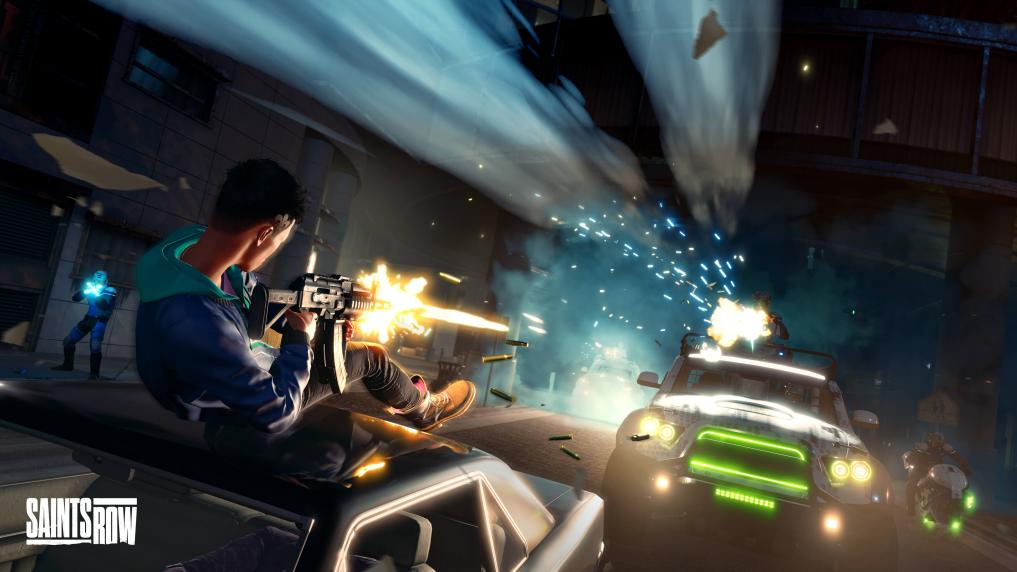 This inspiration is further emphasized by the fact that pre-ordering the Premium Edition will give you a free copy of Saints Row the Third Remastered as well. They clearly want that game to be the main image associated with the franchise. Saints Row 1 and 2 were great but the face of Saints Row has changed and I think that’s what veteran fans are struggling to let go of and accept. I mean, I even used to call it Saints Row the Turd out of spite but it’s grown on me. This was not a reboot of the first 2 games but a reboot of the franchise as a whole, taking it back to basics and retelling the story of the third street Saints with a clearer vision and identity than the first two games had. Those first two games will stand the test of time and I’ll always be able to return to them whenever I want but the

fact remains that this is the start of a new era. A new empire is being built both in the game and within the Saints Row community itself and I’m going to be real with you, I’m all for it. I’m not going to spend my life living in the past and I fully intend on embracing this new direction.

Agents of Mayhem was a drastic departure for the series and I had a good time despite the game receiving similar criticism. I even managed to push the difficulty all the way to level 14 which is the second-highest difficulty in the game. I’m not discrediting anybody that’s upset with this new vision. That’s a perfectly reasonable response and all your criticism is completely valid. What I’m trying to say is that, as a veteran player, I’m not upset. I’m not angry. I’ve got a healthy amount of skepticism since we haven’t seen much gameplay but I’m still looking forward to the new game as much as I was before. 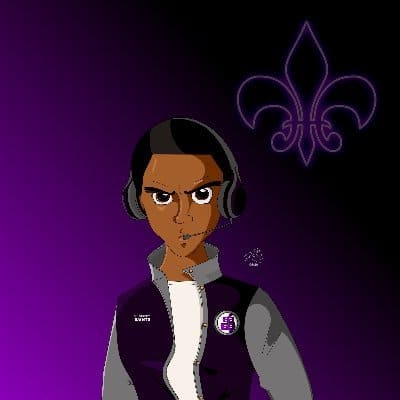