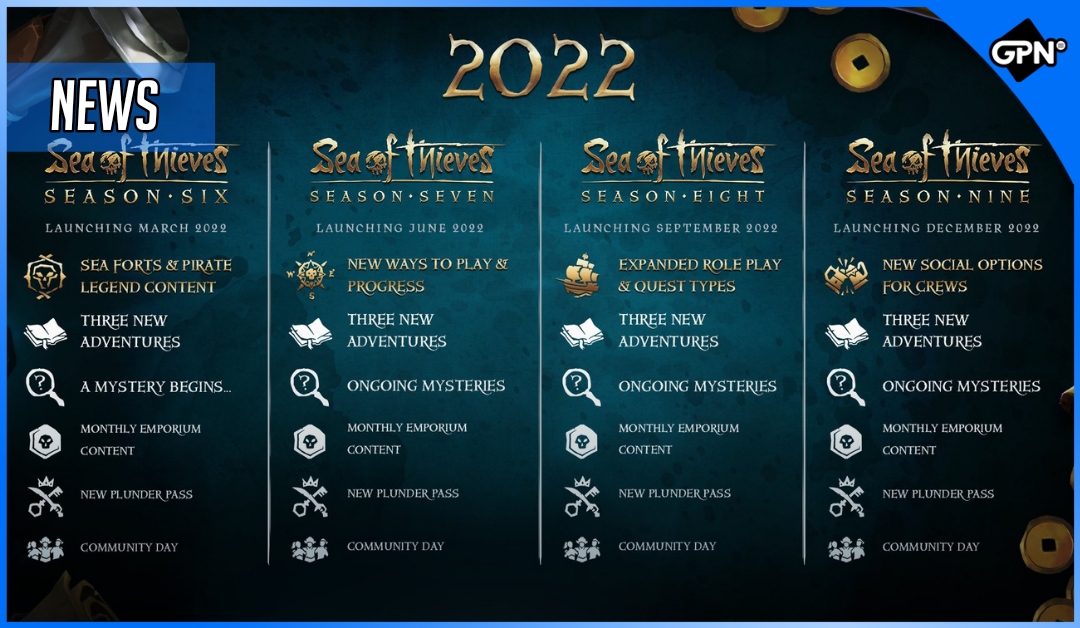 Sea of Thieves developer Rare has shared a great haul of new content making its way to the game throughout the year.

Some of the new features to expect:

Sea of Thieves is a Pirate based PvP and PvE avtion adventure game that originally released back in 2018.