The Art of Writing Narratives is not Forgotten in this City 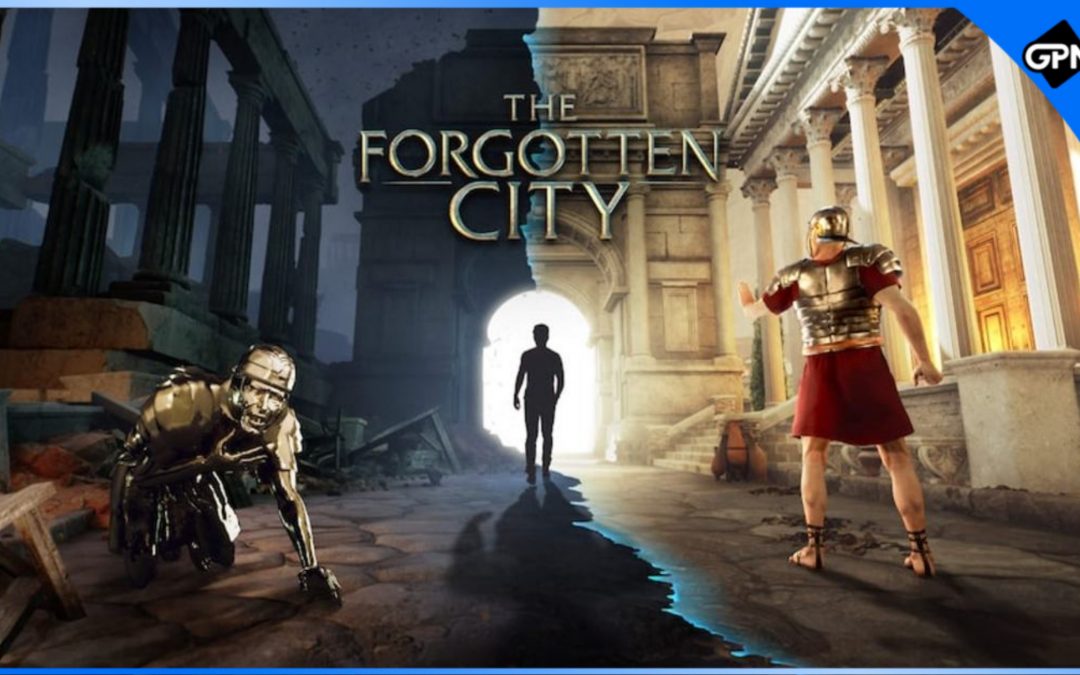 Narrative based loop games have become more common in the recent year in both the Indie and AAA gaming community. Between 12 Minutes, and Deathloop it can be quite the challenge to create a game that can captivate an audience better than a competitor. However, The Forgotten City created and developed by Modern Storyteller, had its own delicious twists that kept the game fresh.

You wake up in a long-forgotten forest, saved from drowning in the Tiber by a kind stranger. You’re set out to go look for another survivor, that they saved hours before you, in the ancient Roman ruins. As you scramble through you pass handfuls of beautiful golden statues and begin to hear whispers a you reach an old temple that drops you two thousand years into the past.

Greeted by a lovable farmer, you have the choice of letting him lead you to the magistrate or to explore on your own. For your first playthrough, I would suggest letting our new friend Galerius show you the ropes, especially since he is the one you need to befriend to use the Ziplines strewn across the city.

Meeting with the Magistrate is of upmost importance, as he tells you the one and only law that keeps the city together, The Golden Rule. It all boils down to ‘The many will suffer for the sins of one’. No stealing, no killing, no… poisoning? Essentially if you think your mom would chastise you for it, it fits in the Golden Rule.

Your job, as appointed by the Magistrate, Sentius, is to find out who will be breaking the Golden Rule by nightfall. You find that Sentius did a ceremony to appeal to the Roman Goddess of spring, Perserpina in order to send someone to save the city from acquiring the wrath of whatever unknown God it is that will inflict the punishment. There are a few achievements for this game that you can get right off the bat but if you’re playing for the first time, I don’t want to taint the game by ruining any surprises.

Talking to the other people in the town is the first task set upon you, you quickly learn you’ve arrived on election day and Sentius is worried he will not retain his title. His neighbor in the villas, Malleolus is the one running against him. Though he is no saint either, he has plenty of fun little skeletons hiding in that weird room upstairs that you can hear sobs coming out of, but I digress. 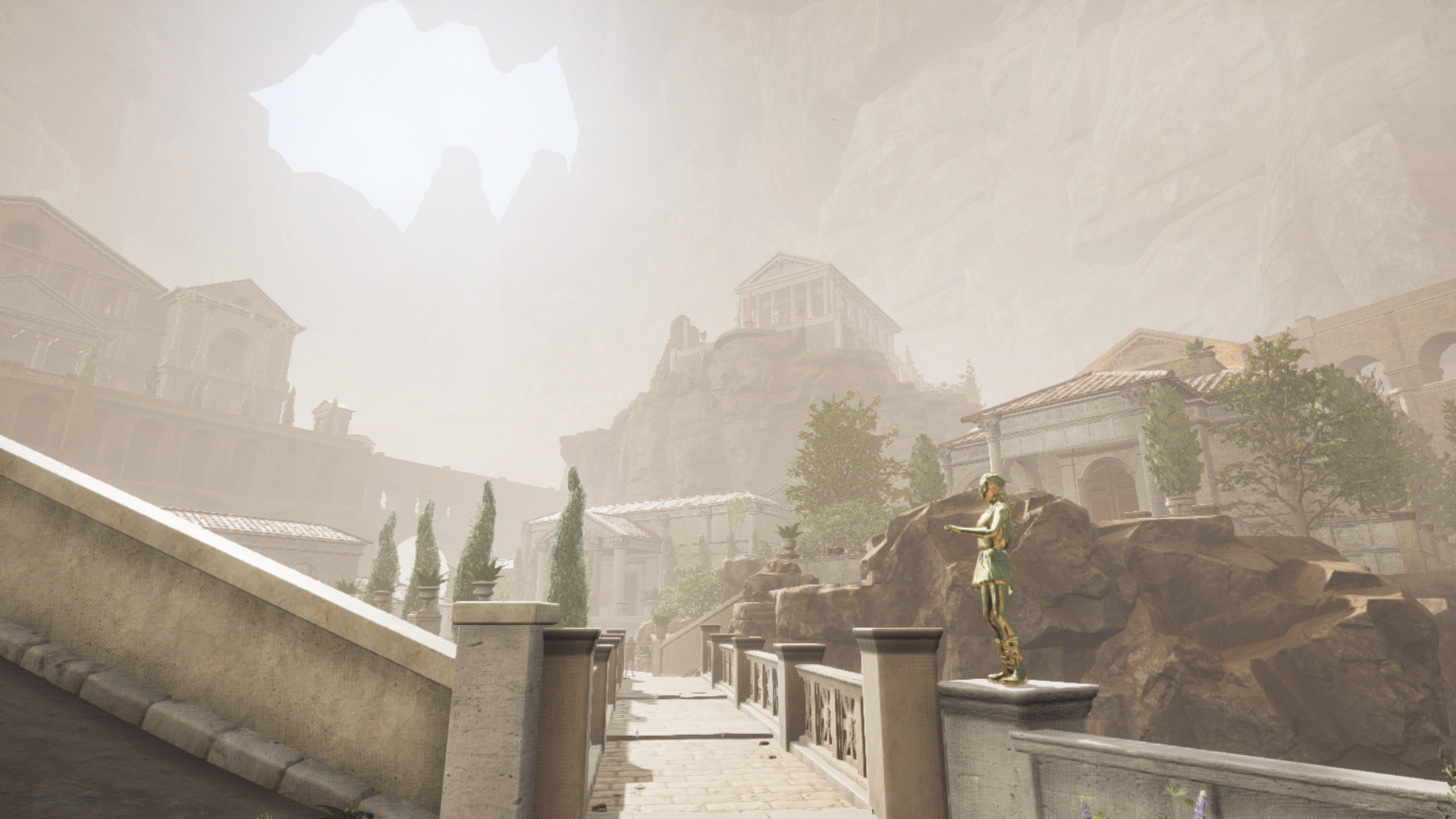 You begin noticing that while the Golden Rule is restricting in many ways, there are loopholes and they are very easy to break. Like tricking a poor enslaved woman into indentured slavery in the first place is not breaking the rules simply because the truth was omitted. Or that also tricking her into drinking Hemlock as a ‘permanent’ solution to her problem and therefore her poisoning herself wasn’t a rule breaker either. It becomes obvious that whoever the God is that is watching, does not have a very strong hold on their moralities either.

Spoiler Warning until next bolded sentence.

You begin to see just how corrupt the system in this city is, and how even if you were to steal the antidote for the poison, you gain the wrath of the God in power. As you begin to explore further you can start asking others how they arrived and notice a strong pattern. Always a river, always losing consciousness, sometimes a coin… and a stranger welcoming them when they rejoin the land of the living. Speaking to the local Priestess, Equitia, will help you start to make sense of the matter and what all these coincidences amongst the stories must mean.

You’re dead, just like everyone else here in the city. That stranger on the banks of the river? Charon, the ferryman. You’re trapped here by the God Pluto, who has a sense of superiority over what is considered right or wrong. By this point, you should have heard the statues whispering to you, and noticed the sound of metal turning against itself… and even maybe realized that the statues littered throughout have been watching your every move.

If you managed to have avoided kick starting the Golden Rule by now, you wouldn’t have known. But if someone has committed a crime of sorts, you’ve seen the horrifying way the statues kick into life with their glowing eyes and begin to shoot arrows turning everyone else into more of the same golden statues.

Now the metaphorical timer starts to count down. I mean, you get endless loops to figure it out but once the shocking seal of truth is broken, the real fun begins. You start putting the pieces together for the solution to the puzzle and you find that this Underworld has been built repeatedly by the souls who have floated into the city. All the way back to the ancient Sumerians when the city was first built in their image

Its completely up to you to figure out how to either meet Pluto, Roman God of the Underworld, and convince him to stop the Golden Rule or kill him. 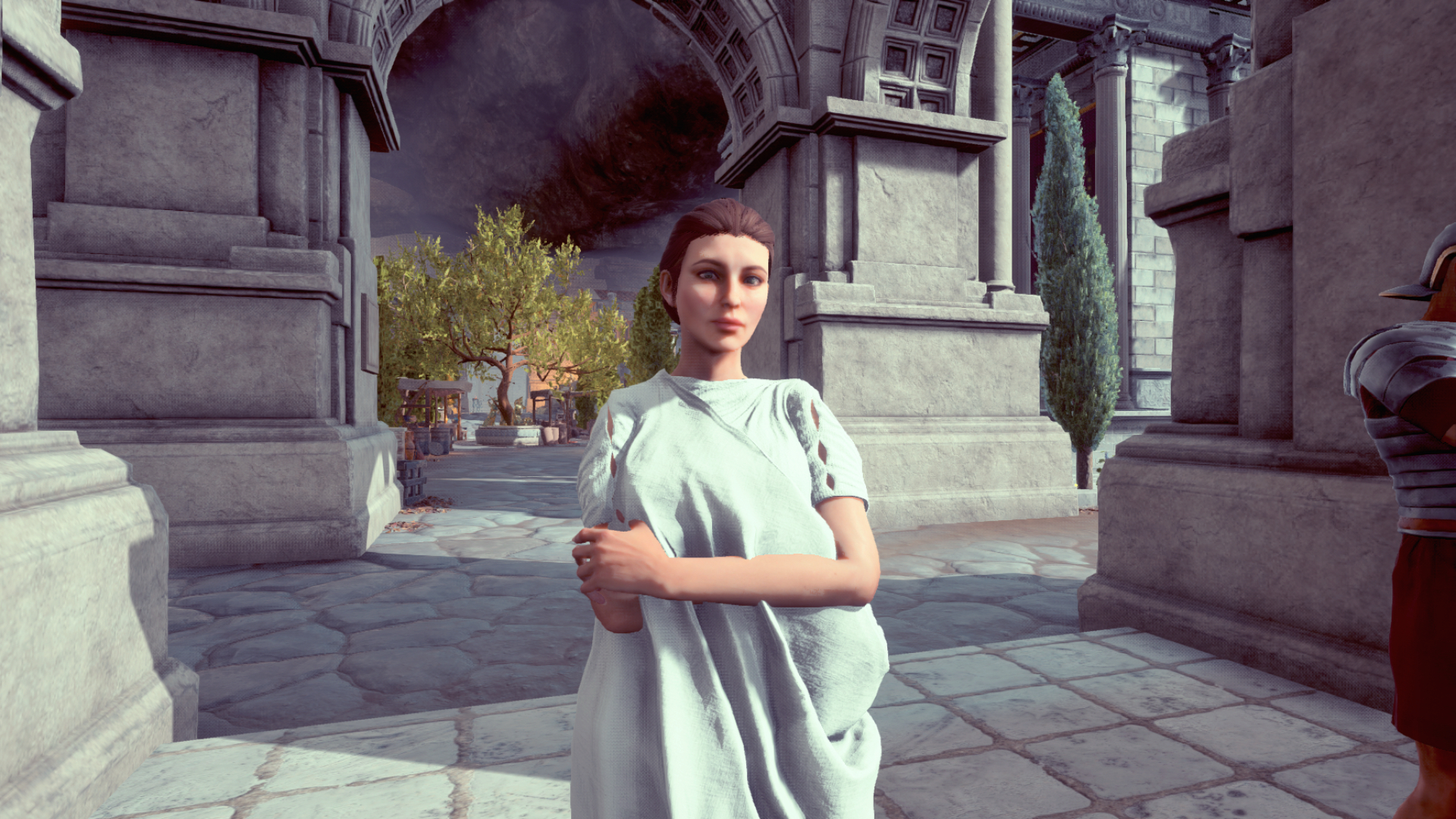 The gameplay is simple, walking, running, jogging, using the D pad to switch between weapons and a flashlight. There is a small bug when you talk to certain people where there is a fantastic glare of color at the bottom of the screen that I’m sure can spark a seizure if not just severely strain your eyes if you’re not careful.

There is minimal fighting in this game and few enemies that don’t appear until you start getting into the spoilers I listed above. You’re mostly free to run around without worry for the first hour of your gameplay. The fighting mechanics are minimal as well, using a bow or a gun depending on the choices you picked when you set up your character.

The infuriatingly tedious part of this game is simply the loops, especially when you first dive in. You may not know until you second or third time exactly how to stop having the exact same conversations with the same people constantly. Though I will say, the more progress you make, the easier it gets to avoid the conversations. By the third loop through I was far enough in that I was able to avoid talking to half the city. While it is annoying to repeat the same day endlessly, the good news is you can keep anything in your inventory from your previous loop.

Talking to NPC’s is humorous at times watching them completely turn to face you, but the dialogue is well written, if not hilarious if you pick the right options. If you’ve ever wanted to talk to an ancient Roman Priestess about memes, this is your shining opportunity and it doesn’t disappoint. 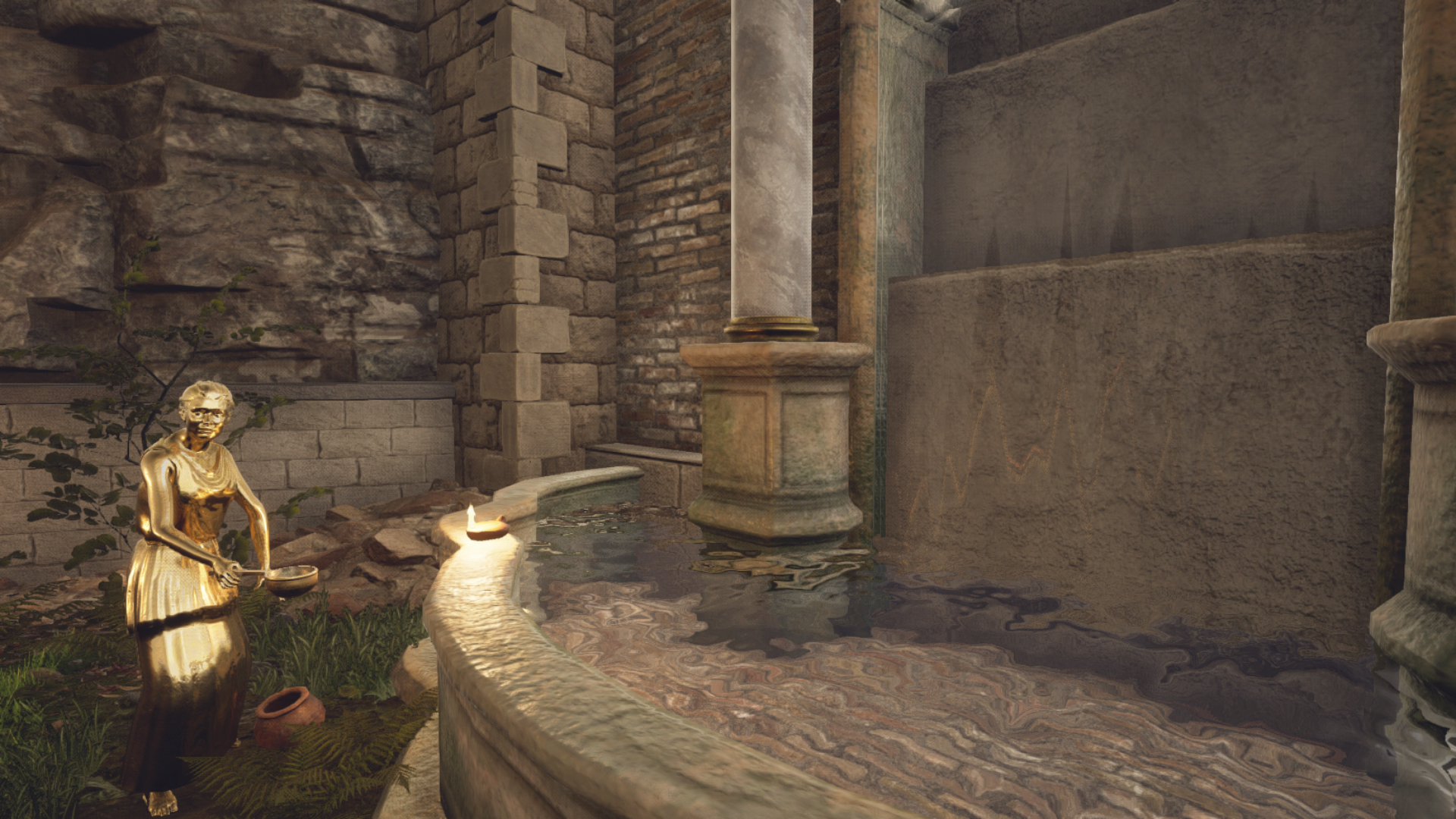 For a stand-alone game that started out as a mod for Skyrim, this truly holds its own in with the amazing creativity that Modern Storyteller brought to the table. Causing my jaw to drop more than once throughout the story as they caught me completely off guard.  It does graphically feel like it still floats in the Skyrim category, but it is still fun to get into.

If you’re a Roman or Geek mythology buff, this is a fun little nod to your interests as well as just an all-around good adventure. While the mechanics are minimalistic and may be lackluster to you, the story is well worth the play. Given that I couldn’t put the game down until I finished, I’m going to give this golden game, a 70. You can play The Forgotten City on Xbox (it is on Game Pass), PlayStation, and Nintendo Switch as well as Steam.

Life gets Stranger with each new release → 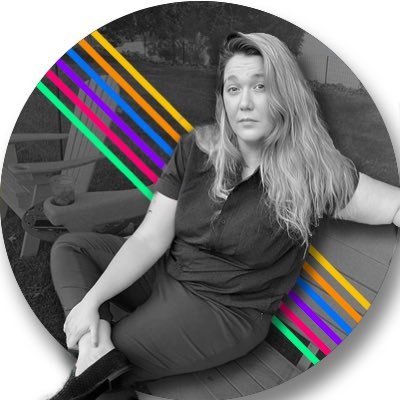