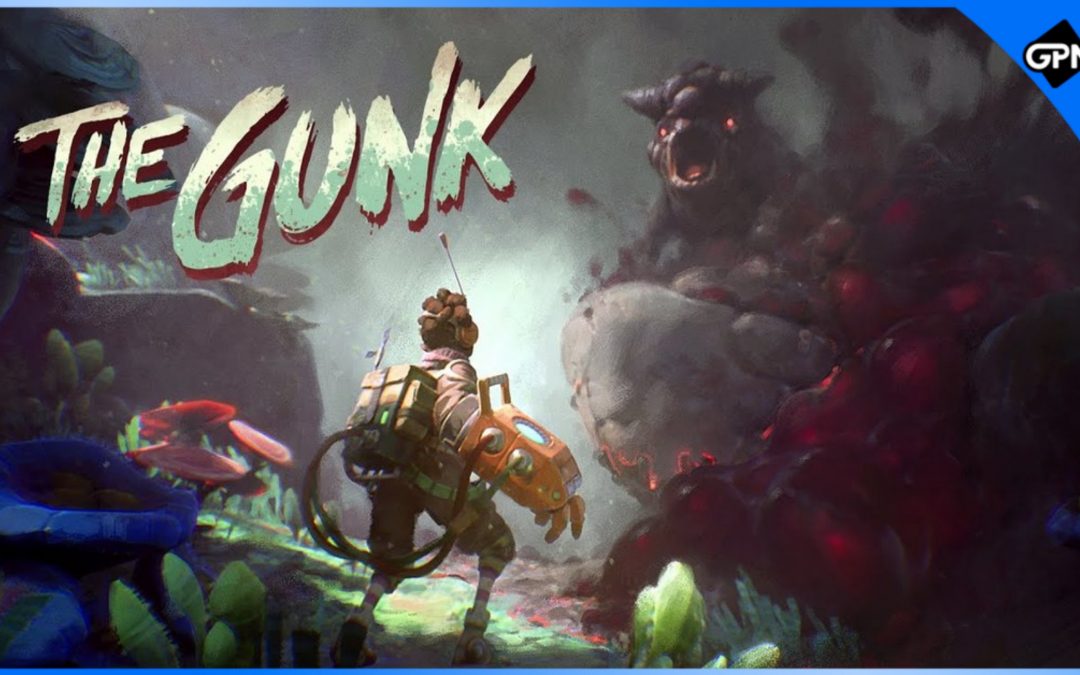 The premise of The Gunk is rather straightforward. You wind up on an unknown alien planet in search of energy that you and your partner Beck can take home to sell. Primarily you wander through various floral settings in search of your goals, but are often met with challenging obstacles and questions that never seem to have answers.

Many areas of the world are being drained of all energy by some bio-mass dubbed the gunk. A black and red swirling mess of mud. Thankfully, you’re equipped with a robotic arm that is capable of sucking up all the bad goo.

Overall, the gameplay is simultaneously the strongest and weakest aspect of The Gunk. Exploring the world is incredibly fun. There are so many nooks and crannies for you to get lost in, and with the help of the scanner you are constantly learning new details of the resources, plants, and structures left by long gone civilizations.

It’s kind of funny to me that the gunk is the worst part of a game called The Gunk. Having to constantly suck up all the goo is a gameplay loop that leaves a lot to be desired. It’s slow, repetitive, offers little to no challenge throughout the game, and is only marginally improved by upgrades. In a way, it’s nice that they were able to capture the inconvenience felt by Rani as she slowly widdles down each group of gunk. But it still isn’t a particularly interesting or engaging system, and it only seemed to drag more as the game went on.

Story wise The Gunk has a perfectly servicable tale of two scavengers trying to make ends meet. The protagonist, Rani, and her partner Beck have an enjoyable relationship that is always as the center of each scene. Beck is constantly focused on their goal of finding energy to sell, and is worried about Rani’s safety. Rani on the other hand has a curious mind, her comments mimicked my own as we both gazed at the many beautiful locations and structures revealed throughout the story. Rather than focusing on finding the energy, Rani was right beside me in wanting to explore every inch of every section, hunting for every last resource to use for upgrades, and filling out my encyclopedia along the way. While the story doesn’t do anything that you probably haven’t already seen before, it is still an enjoyable tale with two great characters for you to become acquainted with. 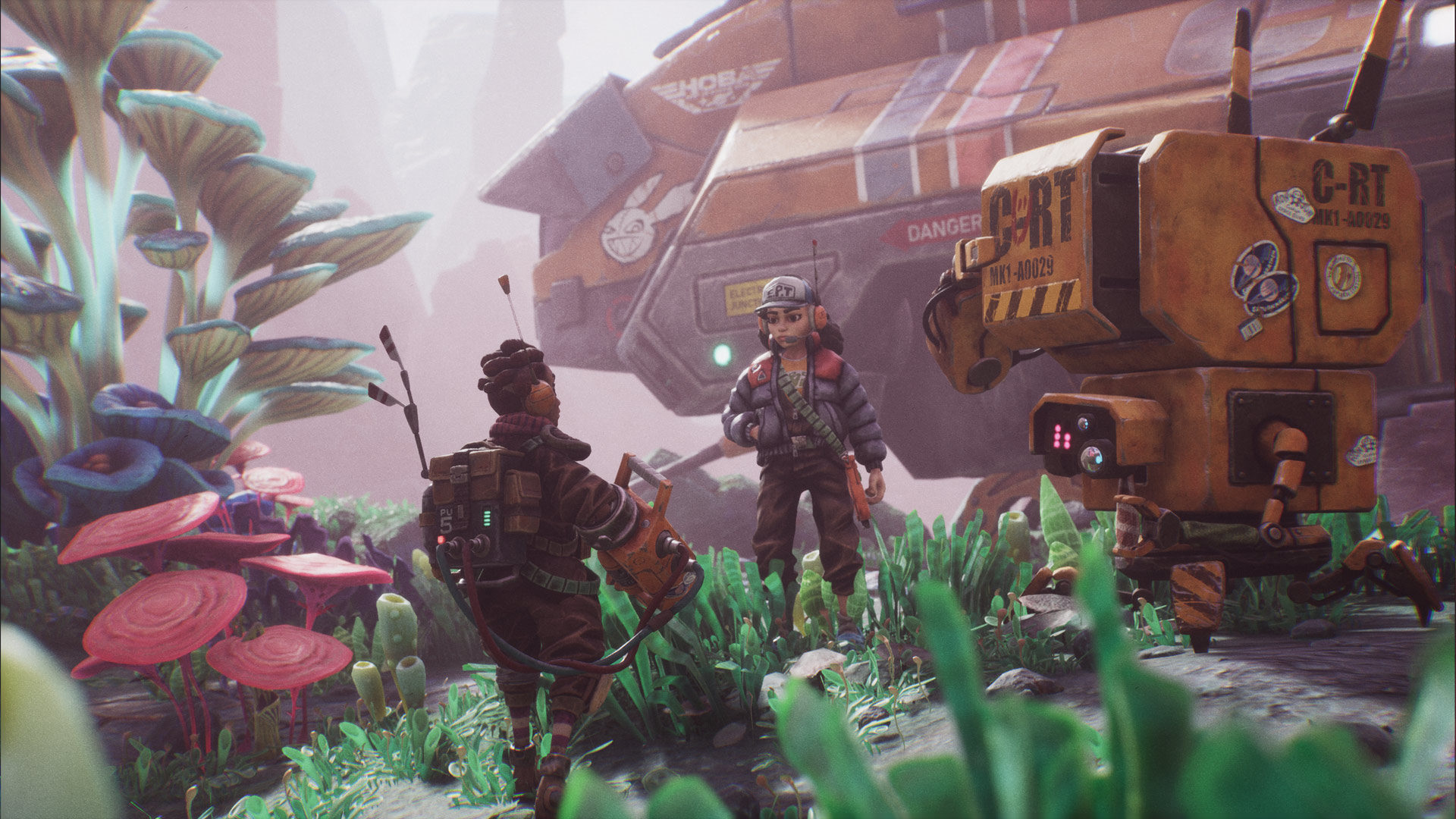 The Gunk is a beautiful game no doubt about it, but much like sucking up goo, the offerings it has feels rather one note. The environments you journey through all look and feel the same for the most part. There’s a half dozen or so plants and mushrooms you’ll encounter and they are in the caves, in the fields, on the ridges, and so on. While it isn’t the biggest deal for a game so short, it would have been nice for greater distinction between places such as caves and fields. The beauty of the game leaves a good first impression but does little to improve upon that introduction until near the end of the game. The developers are venturing into 3D development for the first time with The Gunk, and as seen by their work on SteamWorld Dig I have faith that future entires will improve dramatically over time.

The Gunk’s biggest issue isn’t defined by the quality of the title, what’s there is very good for what it is. The problem is that what it is just doesn’t feel like enough at times. It feels a bit safe, a bit simple, and almost too familiar at times. As if there were a lot more planned for launch that never made it, leaving a noticeable lack of depth in the end. 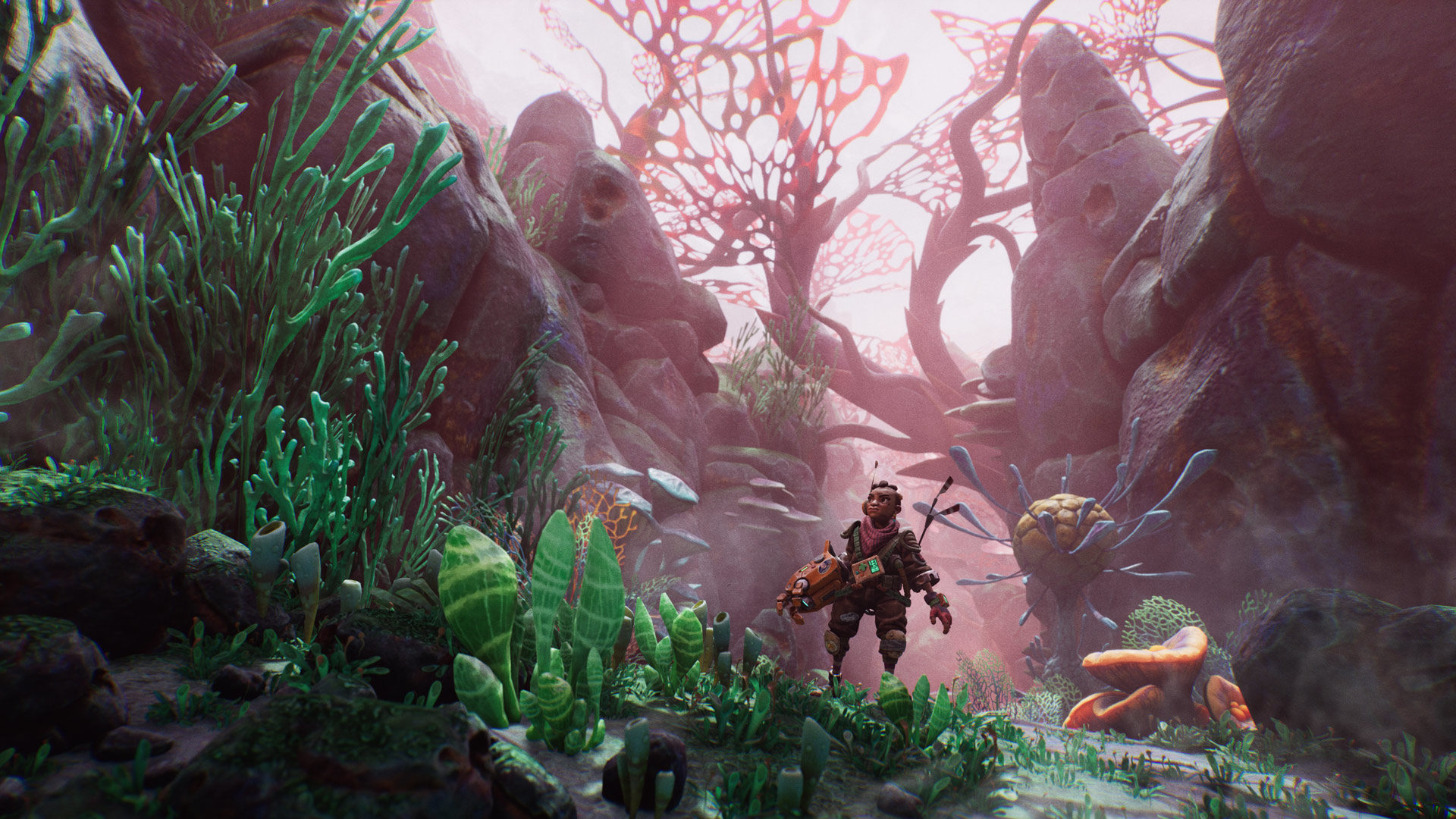 In a genre that too often lacks good stories about women or people of color, The Gunk is a solid tale of two scavengers discovering a world beyond their comphrension. While I may have issues with the title, the representation that it offers is some of the best this year. A strong black woman protagonist with prosthetics, and her witty pilot partner go beyond what is typically seen, and for that I am thankful for The Gunk.

All in all, The Gunk feels like your run of the mill action adventure title. With a beautiful world that’s fun to explore, it’s held down by repetitive core gameplay and a lack of depth. What The Gunk has to offer is of great quality, I just wish there was a bit more to it.