The Legend of Tianding PC Review 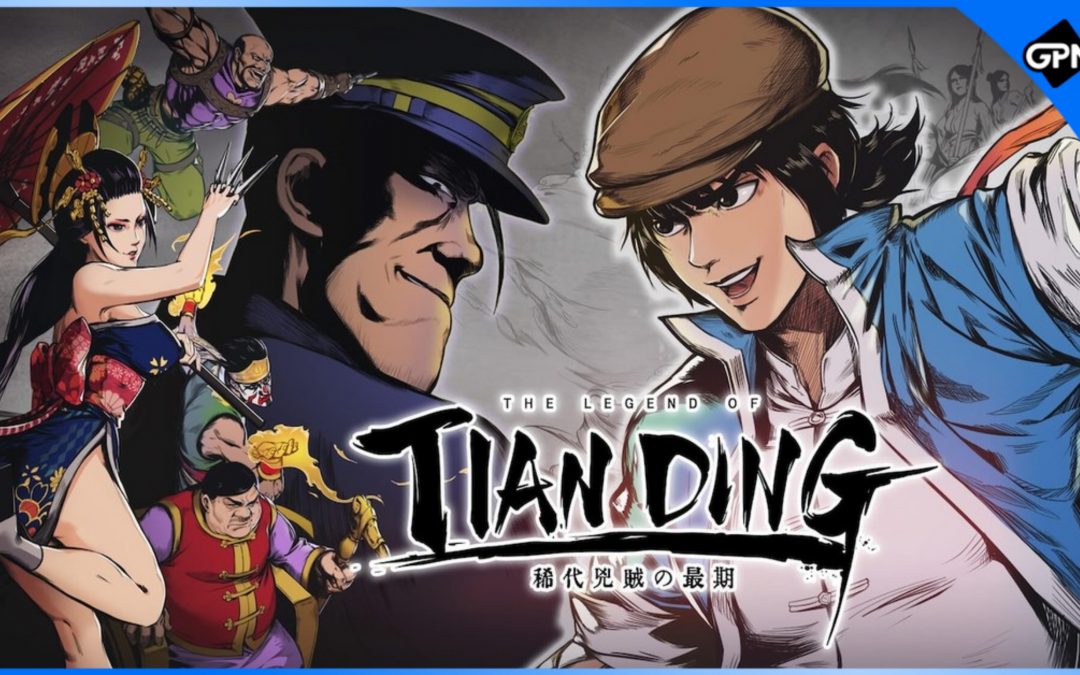 The Legend of Tianding is a 2D action platformer developed by Creative Games and Computer Graphics Corporation and published by Neon Doctrine. It released on November 1st for PC and Nintendo Switch and it truly isn’t a game fans of the genre will want to miss.

The story follows legendary Taiwanese folk hero Liao Tianding, and the game is made and written by Taiwanese developers. Similar to Robin Hood in the west, Liao steals from the rich and gives back to the downtrodden. At the beginning of the game, Liao is already known by many of the citizenry of the game, and the first antagonist Wang states he has encountered Liao in the past. The story starting off with an established hero is a nice change of pace in an era where we are given so many origin stories. Instead, we get to learn about the motivations behind Liao’s actions, and the ramping up of government opposition to his deeds. The police play a large roll in the game, with many of the enemies you face belonging to their ranks, and a special Police force being sent to catch Liao. During this time period Colonial Taiwan was occupied by Japan, meaning the authorities he was going up against were not for the most part Taiwanese. This helped him gain the reputation of a hero amongst the Taiwanese people, while the Japanese government labeled him a criminal.

I found the story to be extremely compelling throughout the entire game. Liao is a very charming protagonist, who has a good chemistry with the many characters he meets throughout the game. The stark contrast between his personality and dialogue in comparison to that of the antagonists also deepens the themes such as the corrupting power of greed. I don’t want to spoil too much of what the game has to offer, because this truly is a unique game that drips with passion and detail in every piece of its being. Even the very menus of the game are crafted with such a precision to detail that I can’t help but admire the passion of the developers. The Legend of Tianding is a project made by people who truly love what they do, and the culture that they come from. It is extremely refreshing getting to experience a piece of media like this in video game form, and I am happy knowing that The Legend of Tianding may help inspire others to do the same, and that publishers like Neon Doctrine are willing to give these projects a spotlight.

I was genuinely surprised by the combat system in The Legend of Tianding. I was expecting your typical 2D action platforming system, but the game does a few things that are rather unique. The sash that Liao wears can be used to disarm enemies, giving you the ability to use the weapon you stole. This immediately adds a bit of depth to the game by providing over half a dozen different fighting styles, since each weapon is used in distinct ways from one another. You have staffs, Molotov’s, guns, and large two handed weapons that you can take possession of. This keeps the fast paced combat seen in the game feeling fresh. When you’re backed against a wall there’s always the chance that you can turn the tide of battle by using your enemies resources against them. There are also abilities you can learn such as a rising kick or one inch punch. Some of these have more use than just adding depth to the combos you can pull while fighting, but many are crucial for traversing through the levels too. The platforming in The Legend of Tianding is more traditional, but that doesn’t mean it’s a detriment to the game’s quality. It offers a good challenge while never resulting in the feeling of bashing your head against a wall just to inch slightly further. That alone earns it high accolades from me, and for people often frustrated with the difficulty of the 2D action platformer genre, I believe you will find The Legend of Tianding to be perfectly accessible for you. These moves are great for traversing, but I prefer what they add to combat. By giving Liao these moves, it in turn gives the player a lot more freedom of movement, and the ability to chain combos together. It’s thrilling using the sash to disarm an enemy just to rising kick them further into the air, then kick them into a set of spikes on the wall or even into other enemies.

I love when a game has a unique art style and The Legend of Tianding has that in spades. It combines a colored manga style for cutscenes or emphasis, with a nice 2.5D design for the models of the game. It allows Liao and the enemy models to pop out against the backgrounds, while relying on the manga panels for detail and the displaying of emotions or intense scenes. This allows the two different art styles to work in tandem with one another. Each one strengthening the “weakness” of the other. The only game I can compare the art to is Comix Zone from the Sega Genesis. Both game take the comic type media of their culture and translate it perfectly into video game form, resulting in what feels like a comic/manga being brought to life. Combine these art styles with the mixed rock/folk OST and you have a thrilling sensory experience to go along with the gameplay. Overall, The Legend of Tianding cements itself as one of the best indie titles of 2021. Combine a heartfelt, unique story set in Colonial Taiwan with a deep action combat system, served with a gorgeous art style and the result is The Legend of Tianding. One of the most impressive games of 2021. If you’re a fan of action platformers then you would be doing yourself a disservice by not looking further into the game. The difficulty it offers is always just enough to be challenging while never sacrificing the fun aspect of the gameplay. The Legend of Tianding is a unique game for many reasons, from the time period and person it covers, to its fusion of artistic flavors. The quality that it offers from story-telling, to gameplay, and more makes it easy to state that The Legend of Tianding will be in the running for my list of Game of the Year candidates.