The (Master) Race is On 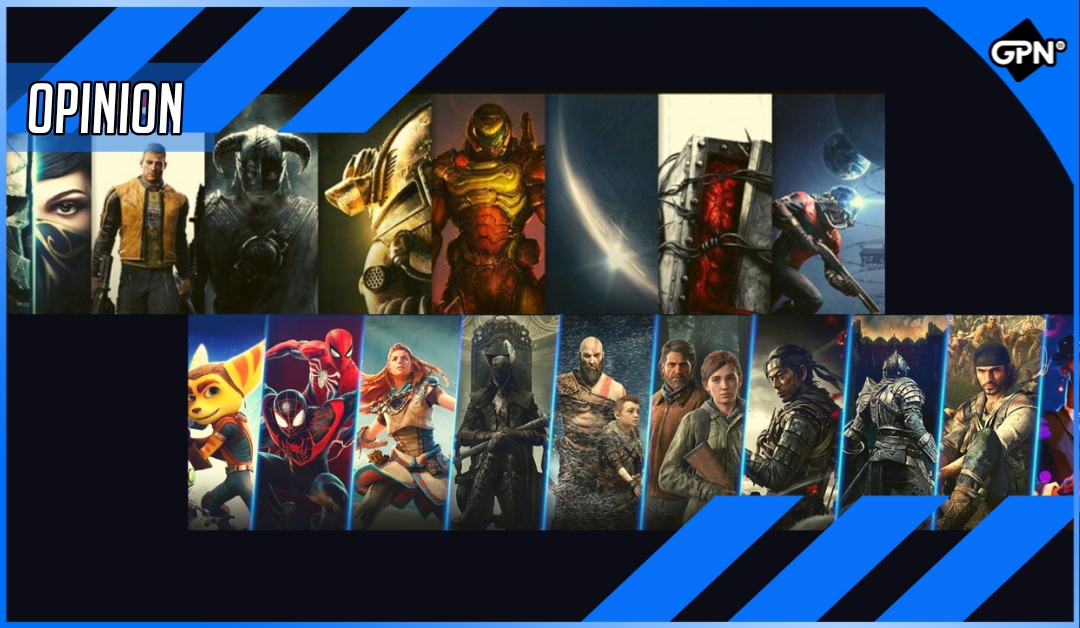 Over the last few years you may have noticed an increase in the usage of the word “acquisition”, while it has always been a part of the industry it has received greater fanfare in the last few years. Be that due to a higher personal investment into the hobby by people, a larger pool of fans now existing in the digital spaces than in the past, or one of many other potential causes. Recently the big debate has been surrounding the necessity and implications of Xbox/Microsoft and PlayStation/Sony focusing on acquiring new studios and brands to help bolster their position. While the two giants are each bringing new companies under their overarching umbrella, they’re also tackling the process in very distinct ways.

Xbox’s current crusade can be traced back to around 2018. They did purchase some other businesses prior to this, however this is when the “boom” so to speak began. In 2018 alone Microsoft purchased the studios Ninja Theory, Undead Labs, Compulsion Games, Playground Games, inExile Entertainment, and Obsidian Entertainment. Some of these studios had been primarily working with Xbox alone prior to being purchased, like Playground Games who was founded back in 2010 when they began working on the original Forza Horizon title. Others such as Ninja Theory and Obsidian had been producing third party titles for some time before. Shortly after this, they also brought the delightful minds of Double Fine Productions onboard in 2019. In comparison to their recent acquisitions, these seem like small drops in the bucket, however they laid the foundation of building back the trust of fans, while simultaneously launching more than half a dozen titles under the Xbox Game Studios label.

PlayStation on the other hand had been a lot more particular about the additions to their family during this same time period. Their main notable acquisition through 2019 was when they finally bought Insomniac, famed developers of Ratchet & Clank, Resistance, Spider-Man, and more. Insomniac has worked on third party games and even exclusives for Xbox with the release of Sunset Overdrive as a launch title for the Xbox One, but their legacy has always been intertwined with that of PlayStation. Since then, PlayStation has begun making more frequent moves to help bulk their offerings, typically with studios they had been testing out the waters a bit with exclusively until that point. These studios include the developers of Returnal in Housemarque, Firesprite, Fabrik Games, Bluepoint Games, Valkyrie Entertainment, Nixxes Software, and even Team Asobi, an offshoot of the recently defunct Japan Studio. Sony has been laser focused on taking smaller, talented developers and giving them the space and resources they need to create true first party experiences. This isn’t too different from the previously mentioned Xbox acquisitions. Many of the studios in both instances were smaller, independent studios with proven track records and in many cases had already established a form of relationship with their buyer. These purchases weren’t soley centered around producing new content for PlayStation Studios either. Nixxes Software is a studio that specializes in porting games to PC, a platform that Sony has become increasingly more interested in, and Valkyrie Entertainment is a support studio that helps with the creation of games, and will be used across the major studios to help ship games.

Microsoft couldn’t stop here. Even with more than a dozen studios under their brand at this time, PlayStation still had a massive leg-up on producing world class experiences. Prior to Xbox bringing the mentioned studios on board, they had launched Xbox Game Pass in 2017. Since then the motivations and strategies used by Xbox and PlayStation haven’t quite lined up. While producing quality content for fans was still a priority for Xbox, so too was their need for providing reasons for people to subscribe to their new service. Relying purely on 3rd party deals would wind up becoming more and more expensive, especially as competitors for the service began being brainstormed. To stay ahead of the curve, Microsoft announced in September of 2020 that it was moving forward with acquiring ZeniMax Media for around $8 billion. ZeniMax was an absolutely massive addition, giving them the rights to historic franchises such as The Elder Scrolls, Fallout, Doom, Wolfenstein, Quake, and many many more. This purchase filled many of their needs such as a Japan based studio with Tango Softworks. The biggest gain however was their new ability to add all Bethesda games to Xbox Game Pass. Not just the older games either, but brand new games would be launching on the service Day One.

Day One became a large part of their marketing. Telling fans that all Xbox Game Studios titles would be available to subscribers at no extra charge on Day One. This strategy has helped push the service past 25 million subscribers. This was a massive contrast to how Sony had been running things up until this point, and while many were split on whether this move was good or bad, it finally started the real push to bring Xbox up to PlayStation’s level. 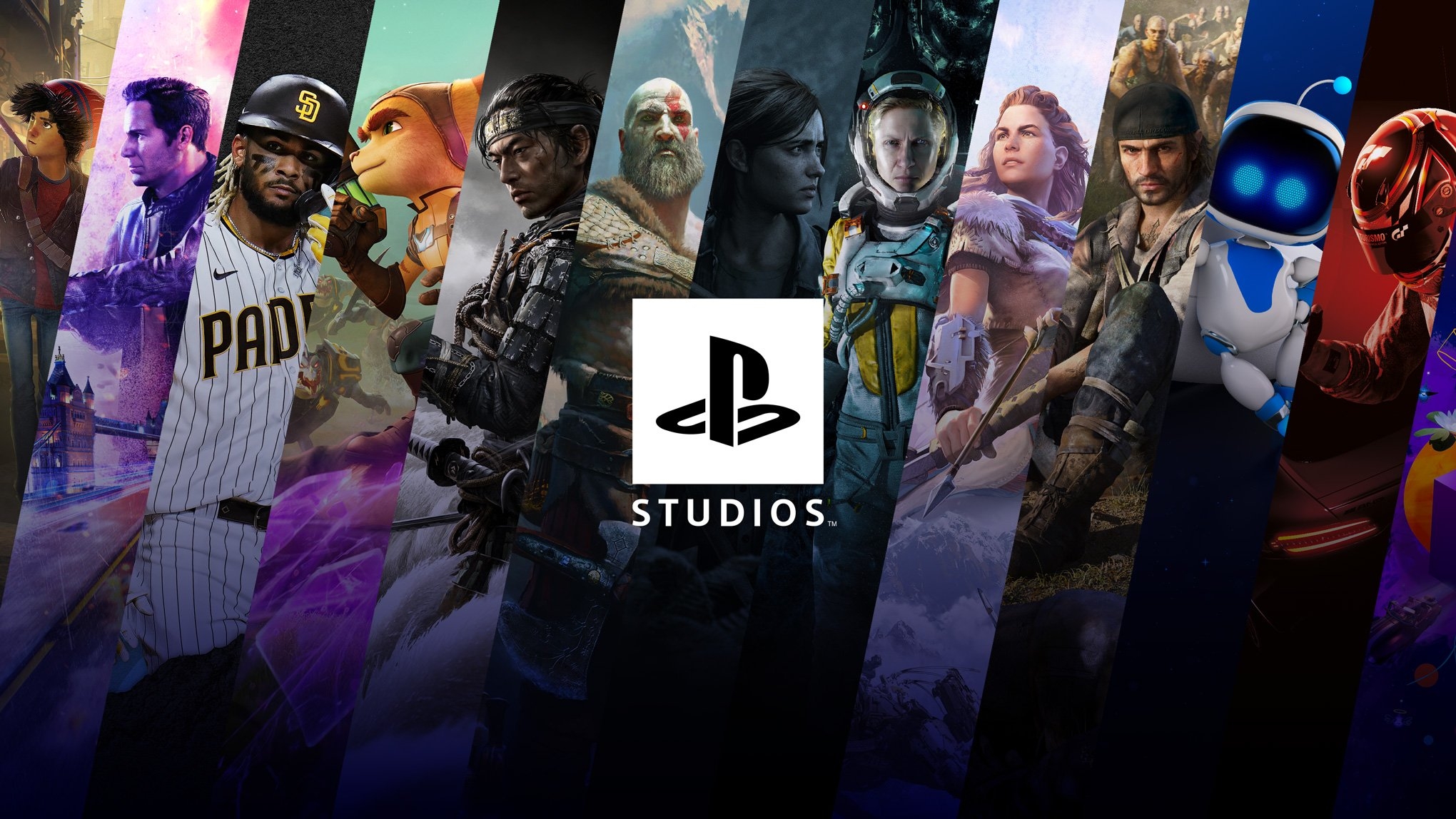 If this was where the story ended it would be easy to say that PlayStation was still at an easy advantage in the video game space. While we don’t have exact console unit sales, PlayStation is still estimated to be a few million units ahead of Xbox in current gen sales, with almost double the download base of last gen. That’s with the Xbox Series X|S outpacing all other Xbox consoles as well.

Fortunately for Xbox and its fans that isn’t where the story stopped. Just yesterday it was announced that Xbox would be acquiring Activision-Blizzard-King for almost $70 billion. Nearly 10 times the price of the ZeniMax buyout. This won’t close until sometime during the 2023 Financial Year, but once it does Xbox will have control of historic Intellectual Properties such as Call of Duty, Diablo, Warcraft, Crash Bandicoot, Spyro, Tony Hawk, and many more. This move will also see Activision-Blizzard games brought to the Game Pass service, both new and old titles being included.

Even with this purchase it only brings Microsoft and Xbox up to the number three slot in largest gaming entities by revenue. They’ll still be behind Tencent and Sony themselves, but the value they’re adding is still incredible and certainly positions them to tackle their goals head on.

This purchase is even more divisive than that of ZeniMax, largely due to the popularity of Call of Duty, and the concerns surrounding the workplace lawsuits and allegations that Activision-Blizzard-King is dealing with currently under CEO Bobby Kotick.

While Microsoft hasn’t detailed any plans of action for the ongoing situation, it had reworked its current Xbox level C-Suite with Phil Spencer now gaining the role of CEO of Microsoft Gaming, and that once the deal closes all of Activision-Blizzard-King will report to him. However, according to people familiar with the proceedings, it is believed that Bobby Kotick will be leaving Activision-Blizzard once the deal closes.

The way that Microsoft and Sony are leveraging acquisitions are unique from one another in many ways. Microsoft is looking at providing more world class talent than they could have previously, while bolstering the offerings of Game Pass along the way. Whereas Sony is looking for developmental support of their preexisting studios, and signing on proven exclusive talent in an official capacity. It’s great to see such fierce competition between two of the giants of the video game industry, and it’s likely that this is just the beginning. PlayStation could eventually feel the need to scoop up a major player to battle the acquisitions by Microsoft, and we have still yet to see news on the rumored “Project Spartacus” Game Pass competitor that is meant to combine and expand on PS+ and PSNow.