The State of Rainbow Six Siege 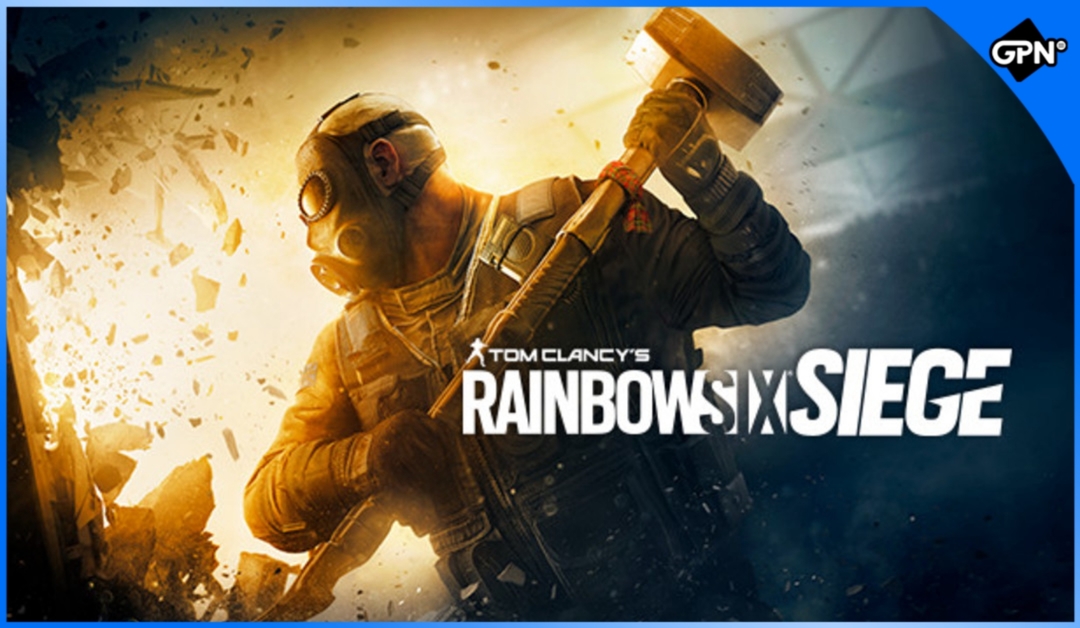 Flashback to 2017, I’d just graduated high school and bought Tom Clancy’s Rainbow Six Siege. Operation Blood Orchid was the current season of the game after just going through Operation Health. At the time, playing Rainbow Six Siege was fun for me. Granted, I was new to the game and didn’t fully know what I was doing the majority of the time but, the game was still fun to play.

Flash forward to present day, 2021, Rainbow Six Siege is in a strange spot; the content is lacking, the community is upset, and playing the game doesn’t feel as good as what it used to. There are many things that go into Rainbow Six Siege being a cohesively fun game, but are we at the point where it is actually dying off?

This question isn’t a new thought amongst the Rainbow Six Siege community. Players and content creators openly share their thoughts on the game’s wellbeing and whether they believe Rainbow Six Siege is actually dying. For instance, if you follow FNATIC content creator BikiniBodhi on Twitter, he quite often admits that, while there are problems within the game, he only believes it is “in a slump.” 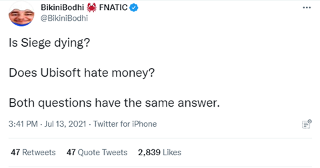 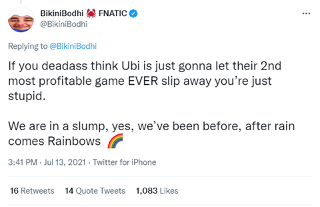 Similarly, retired Rainbow Six Siege pro-league player Pengu consistently shares his thoughts on content launches and changes implemented to the game. Recently, he has been discussing the changes to flashbangs and how they will now impact players. 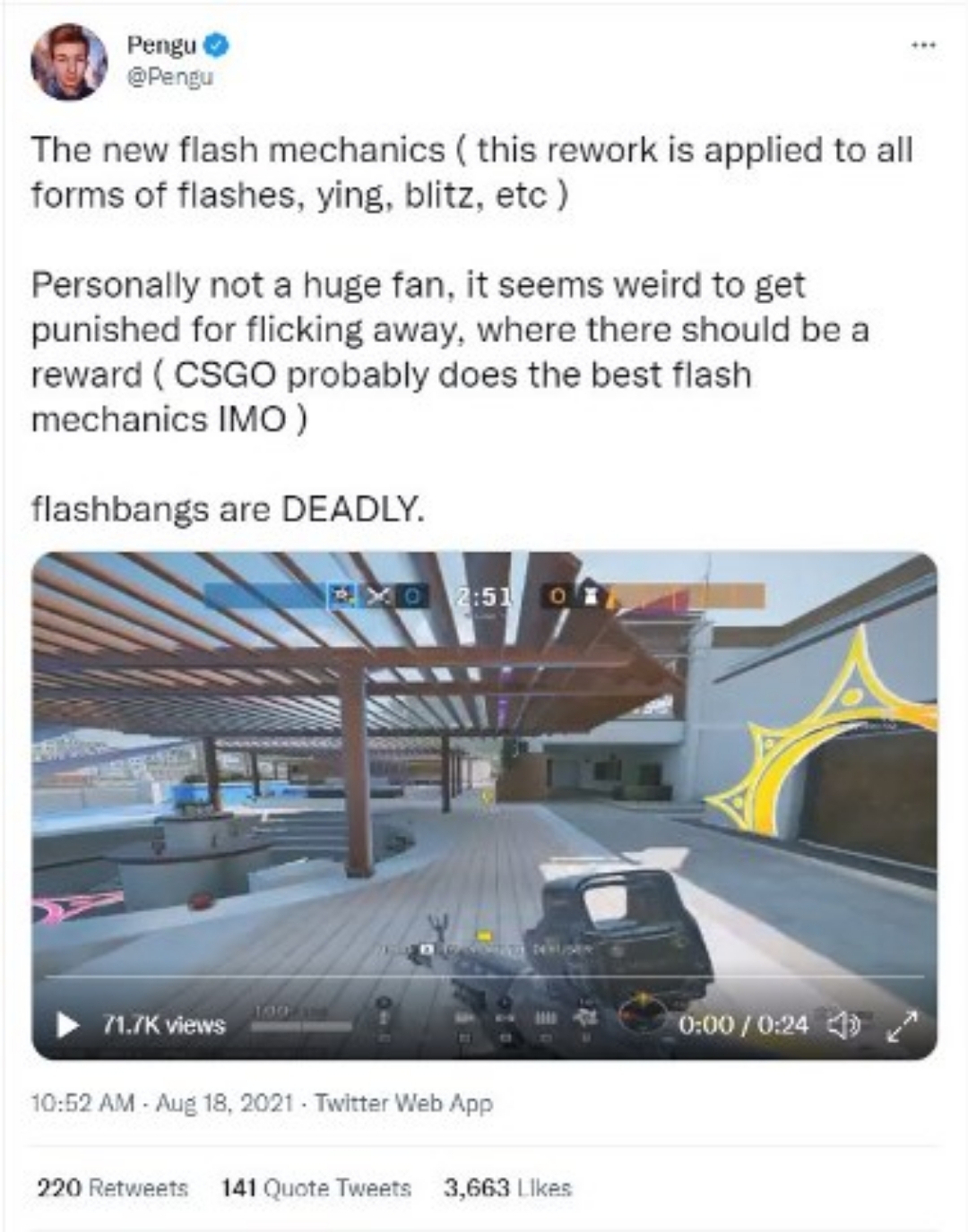 Popular figures of Rainbow Six Siege like BikiniBodhi and Pengu are highly influential with their opinions on full-display. In other words, when community members of the game read their thoughts, how they perceive the state of the game may be shifted into thinking it is going downhill.

The million-dollar question is, if the belief of Siege dying is spreading, how do you regain the community’s confidence in the game?

Yet, for the past four seasons, Ubisoft has only released four new operators, if you don’t count the Tachanka rework. In previous years, there have been two new operators released per season. 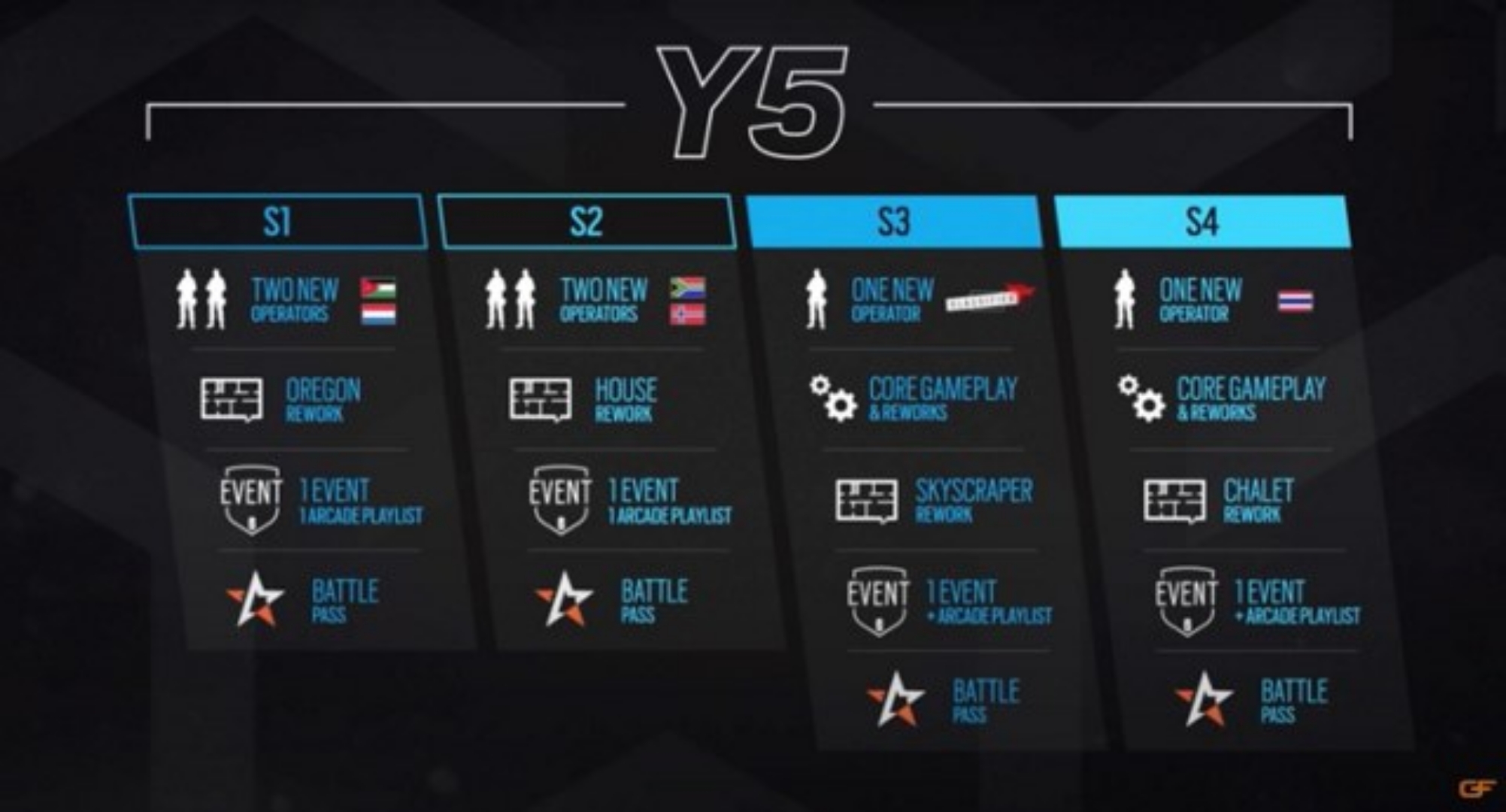 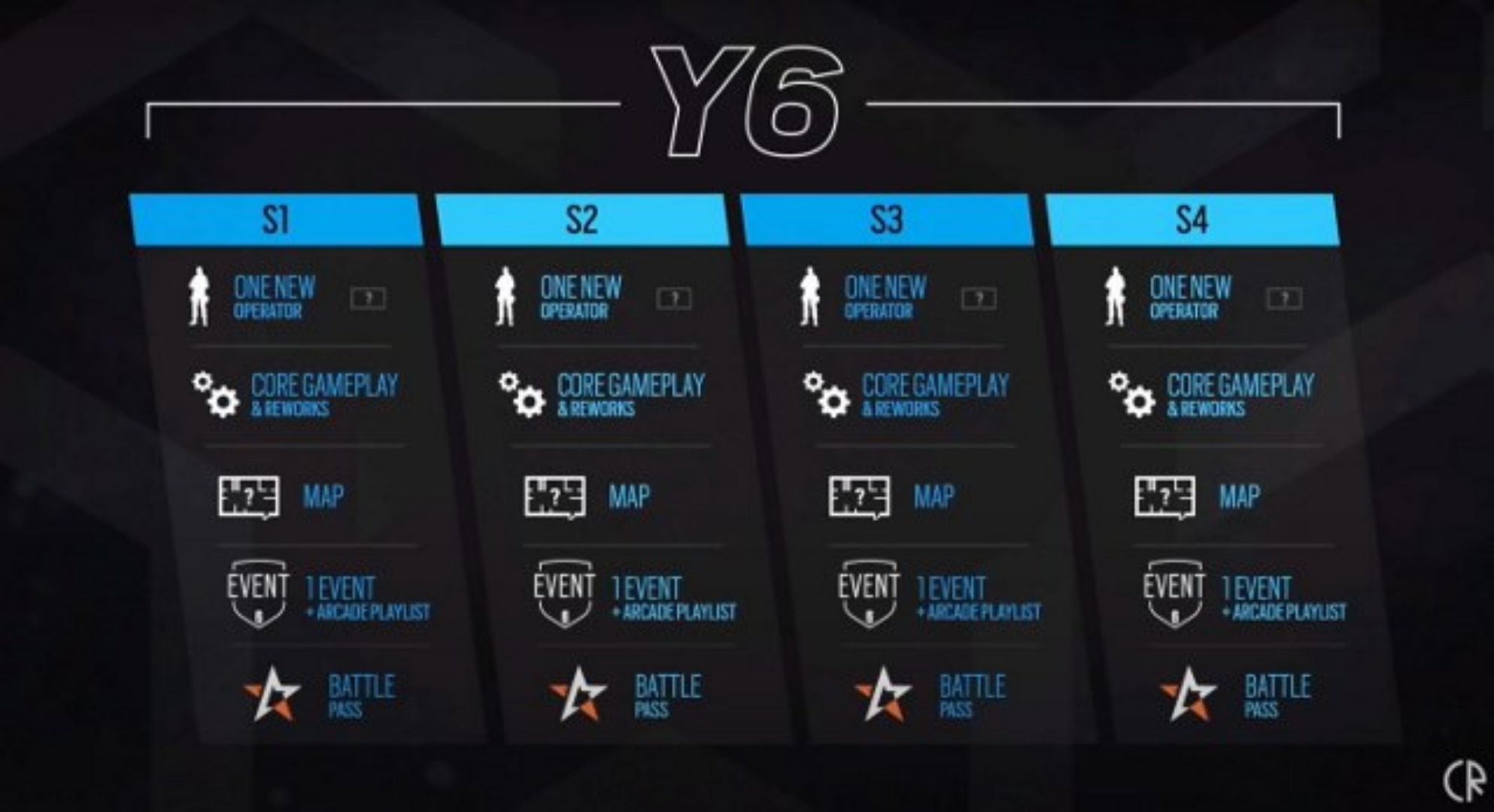 To replace the missing operator, developers have promised “Core Gameplay and Reworks.” This includes the faster reinforcement times released in Year 5 Season 4 and defuser priority in Year 6 Season 1. Of course, these changes provide gameplay improvements, but they don’t add variety like a new operator would.

The same can be said for recycled weapons. Starting in Operation Phantom Sight (Year 4 Season 2), new operators were no longer released with new weapons. Game director Alexandre Remy provided an explanation on this change by stating:

“There are more than 80 unique guns in the game at this point. Now, we’re getting to the point where finding new weapons that we can legally adapt for the game is getting tough.”

Additionally, the conversation about why there are no new maps is very similar to the one about operators and weapons. When asked about the topic during an interview, game director Leroy Athanassoff said the focus is now on improving existing maps rather than adding new ones:

“When we create something new, we always expose ourselves to unbalancing, overstretching, stuff like that… When we take a map that’s already existing, we are able to discuss with our community, we are able to pinpoint exactly what are the problems… what should we do to fix an otherwise very competitive map?”

Not to mention, to even begin the conversation on Rainbow Six Siege’s cheating problem is a never-ending endeavor. The game has been rampant with cheaters since June 2016, less than a year after launching. Ubisoft even released an official statement about the steps they will take to ban cheaters.

BattlEye, despite its best efforts, falls short of its job description. KingGeorge, one of Rainbow Six Siege’s most known content creators, shares his frustrations with the anti-cheat.

“I’m really disappointed with the cheating problem in Siege. It sometimes makes the game super annoying to play. I still love the game, but it annoys the hell out of me when I’m playing against people who are cheating.” 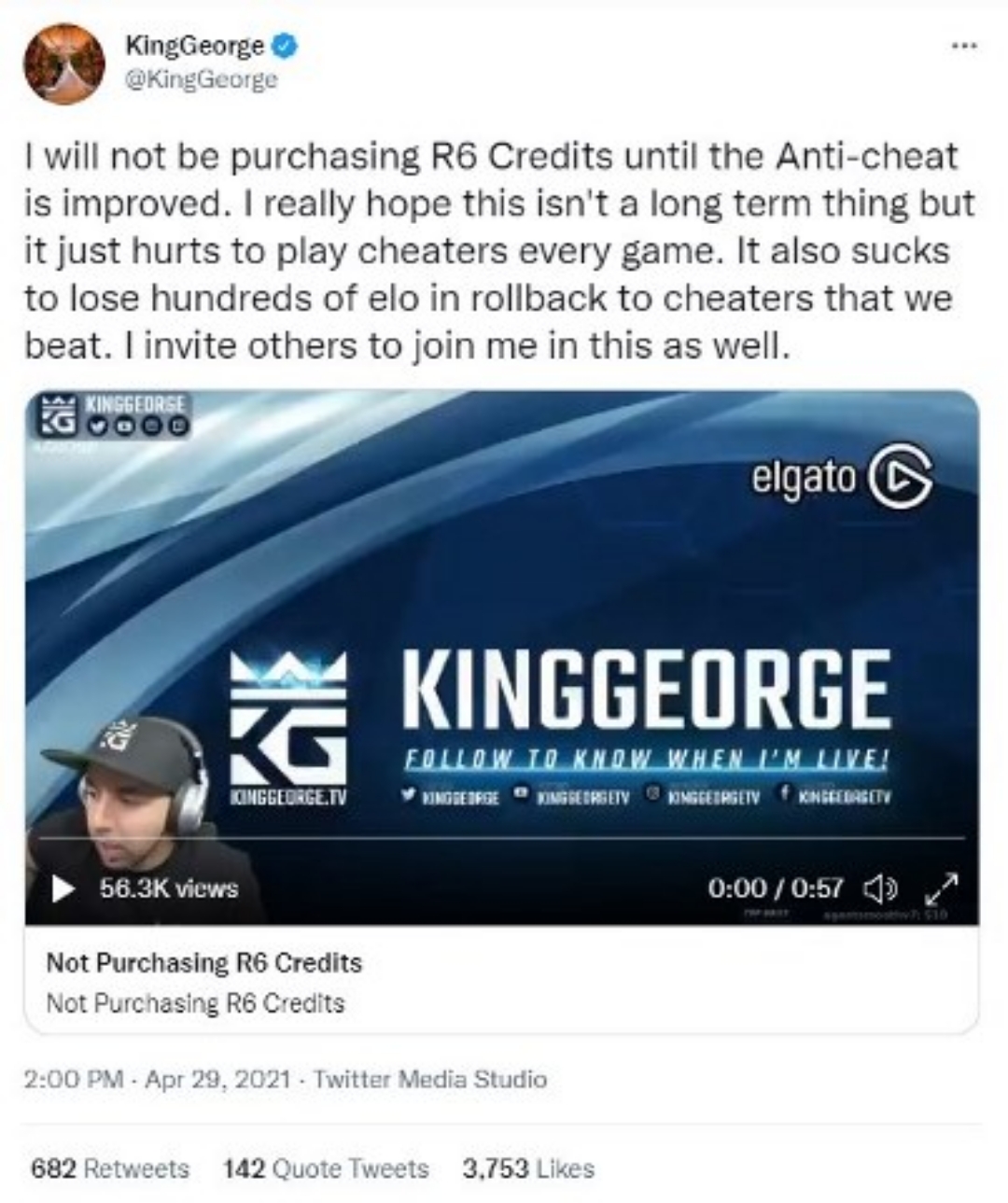 Led by KingGeorge himself, there is now a protest to not purchase any in-game content until Ubisoft improves the anti-cheat software. Other well-known content creators have joined the effort, such as professional player for ROGUE AceeZ and YouTuber/Twitch streamer yoboyRoy.

All in all, the Rainbow Six Siege community is built from expectations. We have come to expect two new operators per season, new weapons to play with, new maps to explore, and a decent anti-cheat system. Despite all these topics, Rainbow Six Siege still has a massive player base that loves the game.

Perhaps I am jumping to conclusions when I say, “Rainbow Six Siege 2 would solve every issue the game currently has,” but saying that the game is dying seems like just as big of a jump. Besides, the idea of a sequel has practically been shut down by game directors like Alexandre Remy since he holds a different point of view on the state of the game.

“Siege 2 would mean a new game, a new environment, probably a new inventory and maybe a new dev team. We do not feel that this is what is needed for the community. We care about your investment in the game, we do not want to move to a new one. Instead, we want to protect your investment and increase its value it by making your current ‘home’ (which is SIEGE) even better. It’s like renovations to your old house to make it up to date, shiny and appealing.”

Overall, as a player of Rainbow Six Siege, I want to see the game live on for many years to come. The new content, when it is released, is reliably enjoyable to play with. Ubisoft cannot expect the community to just stand by and not be outspoken with their frustrations.

Rainbow Six Siege 2 may not be the answer now, but if the game doesn’t improve from a content and cheater standpoint, developers should consider its possibilities in the future. 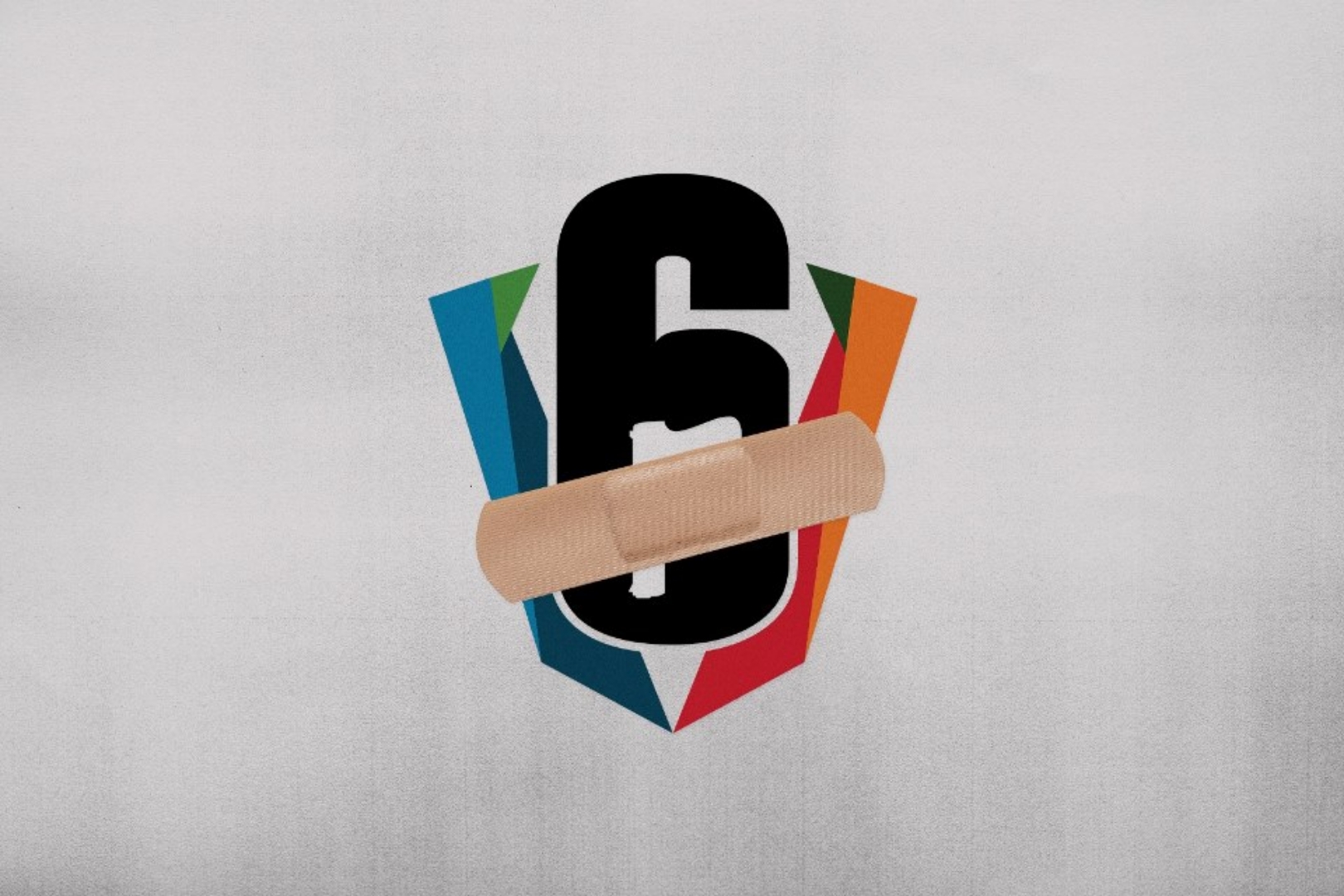 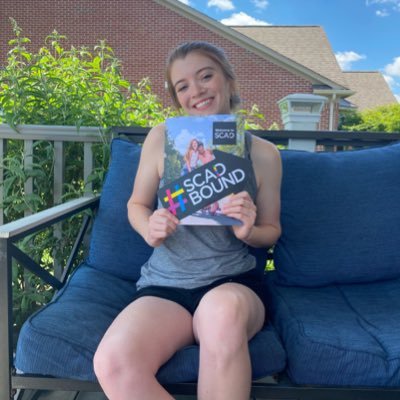