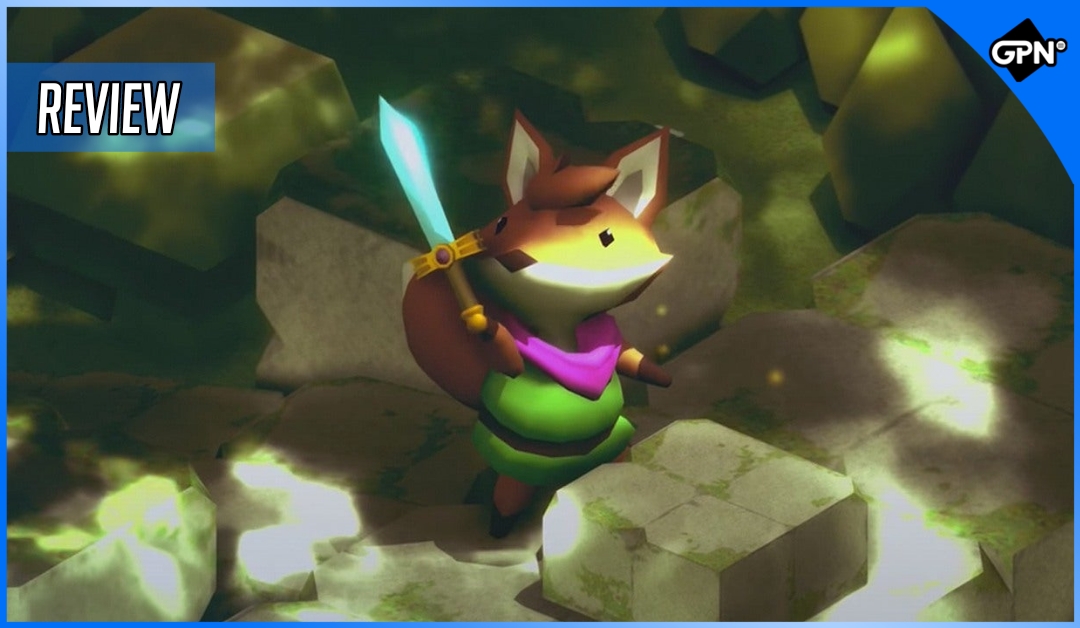 Back during E3 2017 I was fresh out of High School, completely uncertain of my future. I mean that literally, the first day of E3 took place just a day after my graduation, and while I did feel a bit of uncertainty towards my future, the moment I saw Tunic get announced for the first time, I was completely certain that I just HAD to play this game.

Fast forward nearly five years and Tunic has finally fallen into my possession. A charming Zelda-like full of exploration and challenge is a description that never fails to grab my attention. I wasn’t the only person who’s heart was stolen by Tunic, it has been a highly anticipated game by Xbox and PC fans which was why people were ecstatic when it is revealed to be shadowdropping onto Xbox Game Pass. The wait has been very long, but I am more than happy to report that it was worth it in the end. 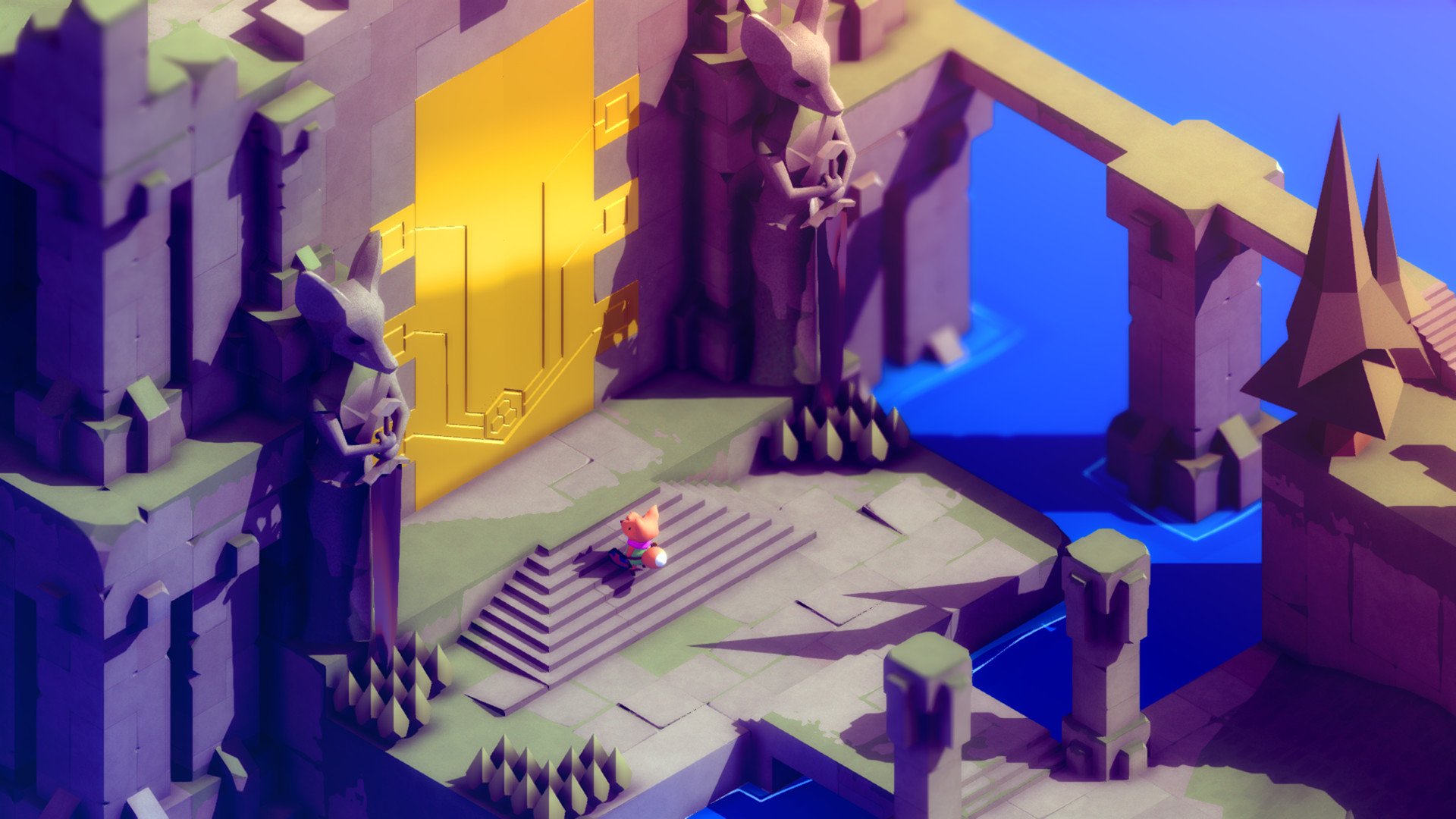 One of the most important aspects of any Zelda-like for me is how it handles exploration. There’s a specific kind of awe that is felt when a game really nails placing you into an environment that feels alive. Tunic hits this aspect of its game design at full force. Each environment feels full of life, they require different strategies to be applied as you explore, and it perfectly builds itself around the equipment that you find throughout your journey. Secret paths are scattered everywhere, and many are really well hidden. There was a number of times where I was left with my jaw hanging once I took a seemingly pointless path just to be met with an incredible shortcut.

Combine this freeing design with the combat system it utilizes, and not only will finding all the paths put you to the test, so will just trying to survive. Fighting enemies is often a bit more challenging than in many Zelda-likes. Swarms of enemies surrounding you at once, with only a brief moment of invincibility during your dodge roll. Until you get your hands on the hero’s sword and shield there’s a good chance you’ll see a good number of game overs, or at least I saw more than I am happy to admit. That said, the combat is brilliant. It balances difficulty with fun factor in a way that almost anyone can find enjoyment from the game. For those who find it to be a bit too difficult to manage their stamina or avoid getting bonked on the head, there are also modifiers in the accessibility settings that allow you to have unlimited stamina and/or be invincible.

If you don’t want to use the modifiers, there are a number of items you can find or purchase throughout the game that can help you as well. Such as dynamite or healing flasks, these items can turn the tide of battle in your favor without much difficulty, especially with boss fights.

I typically don’t care for boss fights all that much, not that I dislike them they just don’t usually leave a deep impression on me. Despite how much I absolutely LOVE Death’s Door, only a handful of bosses still stick out in my mind. That said, the bosses in Tunic are great. Each is designed to test your abilities and mastery of equipment in different ways, and they are going to mess you up badly at times. It is a frustrating experience but one that feels very worthwhile upon victory. Many people have jokingly compared Tunic to Dark Souls or Elden Ring, and while the level of challenge isn’t nearly on that level, the way the game rewards you for recognizing boss patterns and managing your stamina is very reminiscent of Fromsoftware’s work. 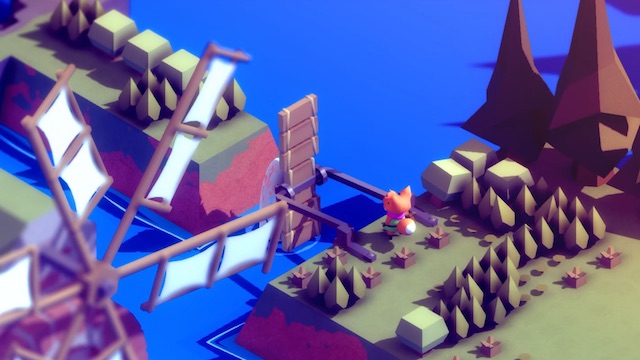 Most of the “story” is told through visual cues and emotional story telling. The signage and descriptions of almost everything in the game are in a custom language that unfortunately can’t be deciphered. Most important information is shown in english on the side, but overall you’re left to fill in the blanks yourself. That being said, the artwork is gorgeous and does a phenomenal job of building up this mysterious and mystical world. There are many powers at play beyond the mortal realm, and the game slowly spoon feeds you bits and pieces of the magic it holds. So, while it may not provide a deep level of lore or engaging characterization, it also doesn’t need to go to that level. Tunic shines as a game that you can lose yourself in without much distracting from that.

I do love the NES style game guide that you can find pages of throughout the game, but I wish the entirety of it was in English, or at least more than what we’re given. It even left me confused at times trying to figure out just what exactly the pictures and one or two words were trying to tell me. Being more straightforward would have created a better environment overall for players without detracting from the intended experience.

Overall, I highly recommend Tunic. I firmly believe this is a game that most people can find a level of enjoyment from, much like last year’s Death’s Door. The game play loop carries the game on its back, accompanied by gorgeous visuals and the inherent ability to make players disconnect from reality, even if just for a little bit.