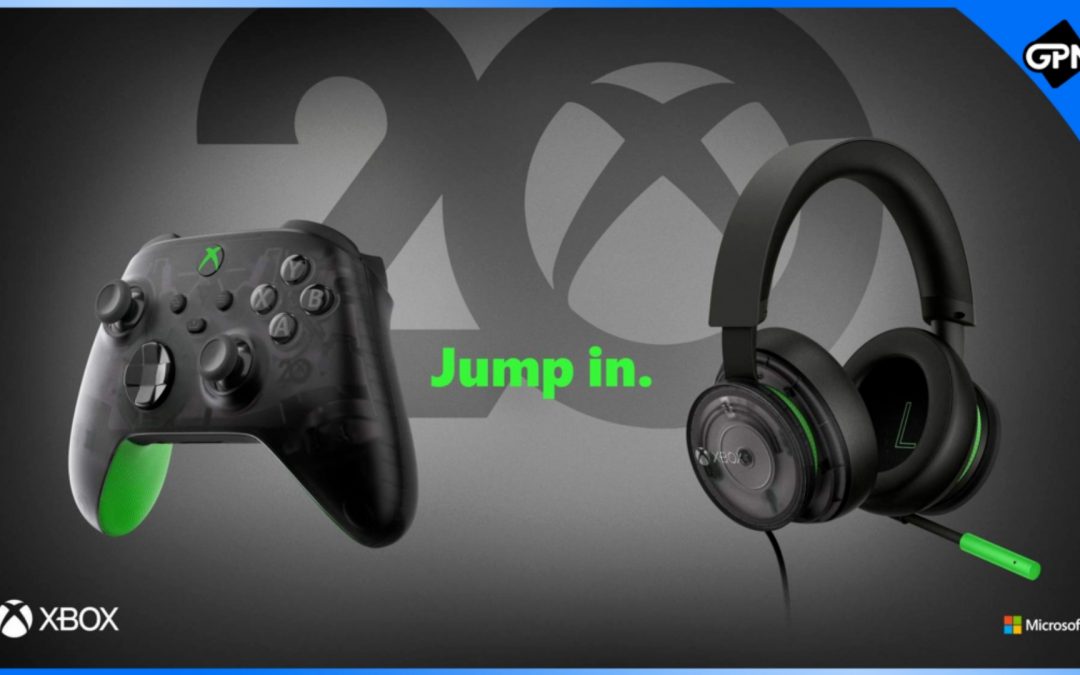 It’s been 20 years since Xbox launched onto the gaming scene with the help of then CEO of Microsoft Bill Gates and then wrestler Dwayne ‘The Rock’ Johnson helping reveal it in a very 2000’s press conference. 20 years later it is one of the biggest consoles ever released to market with tons of games and fans behind it. To celebrate 20 years, Xbox is releasing a brand-new wireless controller & headset (and additional charging stand) to commemorate the anniversary.

To guide us through the reasoning behind the new design for the controller and headset is Sr. Product Marketing Manager, Jessica Tsujikawa. First, we start with the controller; its front side is a translucent black shell that is “a fresh spin on the translucent green of the original Xbox Debug kit.” complete with a black and green Xbox logo for the ‘guide’ button. The insides of the controller are a silver-grey to counter the black and allow the player to see the finer details. The controller uses the new Series X/S hybrid D-Pad for comfort and better use. Lastly, the back grips are also tinged in a matte black and green, but unfortunately lack the additional buttons and trigger guards featured in the Elite Series controllers.

Additionally, when you connect your controller to a Series X/S console, you will receive a brand-new dynamic background exclusive to the next consoles. This can be shared across as many consoles as you, but if you change the background, it will require the new controller to be connected again. The 20th anniversary controller launched November 15th and is available for pre-order today for $69.99 USD.

The headset (sold separately) is very similar to the controller, translucent black earcup on the outside, matte black and green accents, and a 20th anniversary logo on the left side. The headset allows for audio tuning by rotating the right earcup and a quick mute button as well. The headset supports Windows Sonic, Dolby Atmos, and DTS Headphone: X. Finally, you can purchase the headset for pre-order today for $69.99 USD.